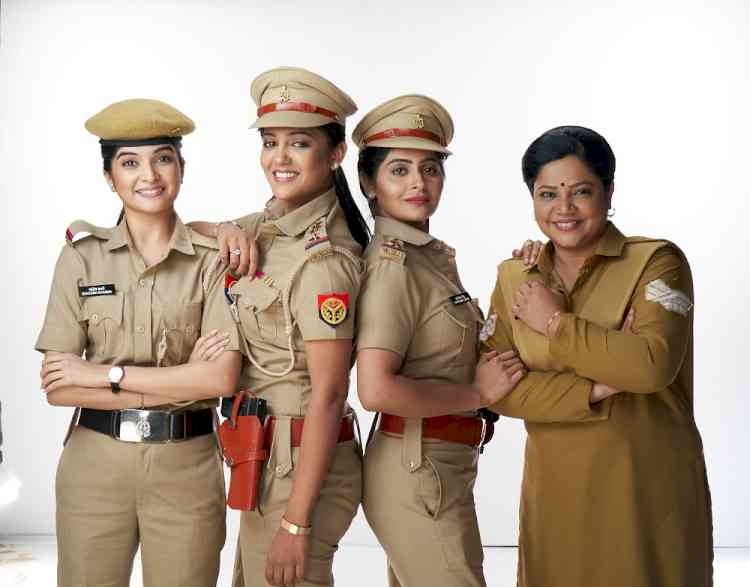 The upcoming episodes of Sony SAB's Maddam Sir are set to be filled with intrigue and suspense. The show that addresses social issues through the eyes of four dynamic women police officers is all set to witness a thrilling challenge of a child marriage case.

'Maddam Sir’ that launched earlier this year with the tagline of ‘Kuch Baat Hai Kyunki Jazbbaat Hai’ is based on stories from a Mahila Police Thana in Lucknow, the show is a light-hearted take on the social issues while also intending to address these issues with the heart.

The episodes further are set to take the viewers through Constable Cheetah’s (Priyanshu Singh) marriage. Constable Cheetah is the only male office in the Mahila Thana and this time a new case begins from him.

Constable Cheetah reluctantly decides to meet a girl, Lata, after succumbing to the pressure from his mother to get married. While Cheetah tries to continue to tackle his domestic issues, S.H.O. Haseena Mallik (Gulki Joshi) gets a tip of a child marriage case happening in the city and decides to stop the crime. However, things take a rather intriguing turn when Haseena and team find out that the girl Cheetah met is also a minor.

With a budding plan in her mind, Haseena asks Cheetah to agree to get married to Lata in an attempt to catch everyone red-handed. After quickly organizing everything for the marriage, Haseena along with Karishma (Yukti Kapoor), Santosh and Pushpa (Sonali Naik) pose as Cheetah’s relatives and attend the wedding with a plan in mind to convince Lata to confess that she is a minor and this marriage is against her will. But, things won't be as easy as they seem.

Will Haseena's jazabaat be enough to convince Lata and stop this marriage?

Gulki Joshi, essaying the role of Haseena Mallik said, “The upcoming episodes of Maddam Sir present an age-old tradition of child marriage which continues to persist in some places. The episodes highlight the case of a minor, Lata. I am glad that Sony SAB’s Maddam Sir, highlights such crucial issues in the form of light-hearted episodes and stories at the same time create awareness of such ills in our society. So, keep watching Maddam Sir and shower support to the entire team so they can solve the case in successfully.”

Priyanshu Singh, essaying the role of Cheetah said, “My character Cheetah in Maddam Sir is the only man in the team and currently he is in a dilemma as his mother is forcing him to get married. Cheetah’s marriage proposal leads the team to a case of child marriage. The episodes addresses a serious issue and with Maddam Sir it’s always a learning through the various topics we explore. I hope the episodes further spreads awareness and sends a positive message. ”

ALTBalaji emerges as OTT of masses with its engaging Hindi...

Aladdin headed to a dangerous and an exciting journey