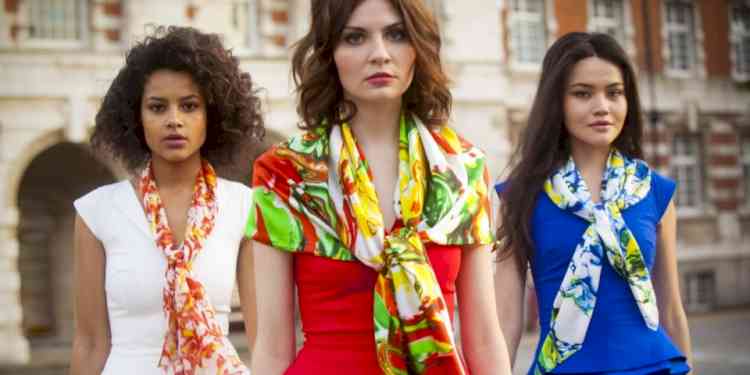 Right from the ancient Roman empire to the modern world, the silk scarves have survived the test of time. While they formerly were used as head covers, now they have become an indispensable accessory to define your fashion statement. While they add an elegant splash and glamour to your look, the royal flavour of luxury silk scarves is still alive.

It is worth noting that silk scarves were never a class-specific garment unlike the other pieces of clothing of the ancient and medieval eras. Let us find out more about the rising trend of luxury silk scarves and its historical and cultural significance.

History of silk scarves
Scarves were initially known as sweat clothes, as women used to wrap them around their necks for sweat absorption. It is a mentionable fact that the Chinese warriors used to wear the scarves to indicate their stations and a valid representation can be seen in the vast terracotta army statues of China.

Not just the Chinese armies, but the Croatians continued the trend in the 17th century. Fast forward to World War I, they became an essential item in the flying kits of pilots. In the first half of the 20th century, silk scarves became a bit rare due to the declining economy and became the choice for elites. With the beginning of World War II, they again became essential for women working in the munition factories.

The story didn’t end there, and all the wartime propaganda and recruitment posters which featured women indeed had the garment around the neck of the represented women. From all these instances, it becomes quite clear that the scarves have always been associated with strength and empowerment for women.

The power accessory is back with a bang
As we discussed in the earlier paragraphs, the luxury silk scarves have always been used as a strong style statement. However, in the past couple of years, they have re-emerged as a primary fashion accessory, and the women love it more than ever. From celebs to commoners, everyone has their way to wear it. The best thing about silk scarves is that they aren’t just a regular clothing material, but they are also of great utility. The world witnessed a series of heatwaves in the past years, and the silk scarf proved to be a saviour for women across the globe.

Apart from it, the increasing pollution level has set off alarms in all countries, and silk scarves provide enough protection against dust and other pollutants. Now since we have talked a lot regarding the scarf theory, let’s come to the practical part.

Wearing a scarf
Once you have picked your desired shape and style from the vast collection of luxury silk scarves, it’s time to learn the ways to tie it. You can either try the classical way of tying it in a loop or you can try the trendy drape and knot. On the windy and sunny days, you can also utilize the whole cloth and complement it with oversized frame shades.

A small accessory but a large impact
A luxury silk scarf sounds like an elementary accessory, but its impact is enormous. A notable advantage of these scarves is that they are not confined to your casual wear, but you can wear them with your college or office uniform too, but you must stick with the recommended colours only. Therefore, next time while you are looking for dress accessories on the online shopping sites, spare a few minutes to go through the silk scarf section. You can thank us later!