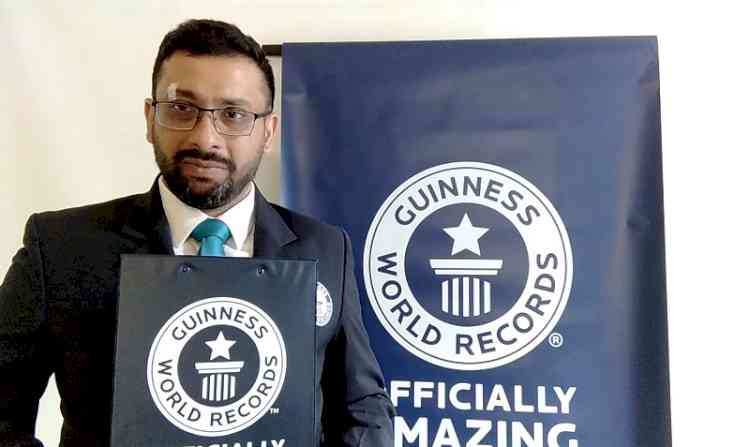 Jalandhar, September 16, 2021: LPU, India’s leading university today announced that its students have received more than 8500 offers during the pandemic. In the engineering discipline the highest salary package at which LPU students have been selected is Rs. 42 lakh per annum with Microsoft, while the highest package offered in Management stood at Rs. 21 lakh per annum by Trident. Despite COVID and students learning from their homes, the university attracted some of the most coveted recruiters in the country including Microsoft, Amazon, Cognizant, Capgemini, Infosys, Bosch, TCS, Wipro, L&T Technology Services, Federal Bank, Aditya Birla Group, Accor Group of Hotels, DXC Technologies Optum, CISCO, Lowe’s India, TiVo Corporation, Infineon, Hitachi, Havells, South Indian Bank, Informatica, Bosch and Siemens Home Appliances Group,and Acko General Insurance.Over 1000 placement events were conducted this year.
In a bid to celebrate the successful placement season, the students, who are currently learning from their homes, came up with a unique way to thank the University. They decided to create a new Guinness World Records title for “The Largest Online Video Album of People Saying the Same Sentence”. 5656 of them recorded themselves on video saying, “I am thankful to LPU for making us a part of its largest placement network, I am proud to be a Verto.” The record has been officially confirmed and included in the Guinness World Records database.
Mr. Ashok Mittal, Chancellor, Lovely Professional University said, “We are proud that our students have been placed with some of the most renowned MNCs, startups and IT companies, despite the challenges the industry has faced due to COVID. Their innovative effort to thank us while they are at their homes, by creating a World Record has lifted the spirits of the entire management, teaching and placement team.”
Thousands of LPU alumni are currently placed with the top companies of the world including Google, Apple, Mercedes, Samsung, Cisco, Intel, Adobe, and other top Silicon Valley companies at a package of INR One Crore and above. The massive demand for high quality engineering talent has also resulted in hundreds of LPU students bagging seven figure packages in their first jobs itself with leading product companies like Google, Amazon, PhonePe, Optmyzr, Playsimple Games and Commvault Systems offering top dollars to students who are equipped with the latest digital skills.

CUPB made its place among top 10 per cent higher education institutions across world...

Cigarette and tobacco major cause of cancer death