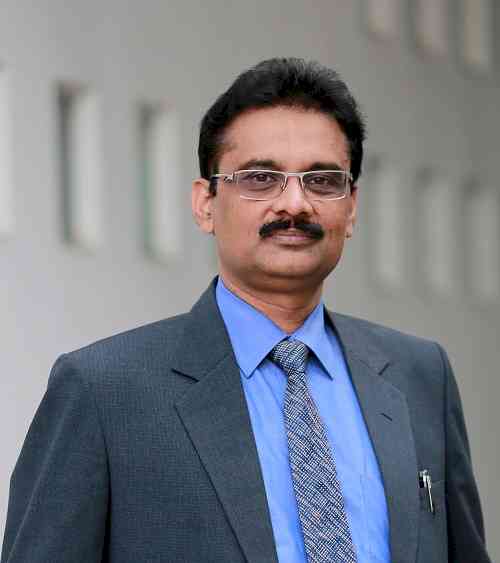 Jalandhar: Lovely Professional University (LPU) has been ranked at 6th position among top 50 private universities of the country. This has been declared in the popular magazine Outlook's annual ranking of India’s top universities under various categories under its recent publication. Outlook ICARE India Survey-2020 has evaluated strengths of LPU on different scales and awarded it a score of 499.67 to make it earn coveted ranking from among others. Some other universities included in this slab are PES University (Bengaluru), O.P. Jindal Global University (Haryana), Nirma University (Ahmedabad). It is also to be noted that LPU ranks as the best private university at the state level.

Five Parameters adopted for prestigious ranking were: Academic & Research Excellence; Industry Interface & Placement; Infrastructure & Facilities; Governance & Admissions; and, Diversity & Outreach. The assessment is based on how institutions within the same category perform against each other in a variety of metrics, thus ¬reflecting the strengths and weak¬nesses of an ¬institution in each domain.

Congratulating all at LPU, Chancellor Mr Ashok Mittal shared that even the worst Corona Pandemic could not affect the continuous hard earning endeavours at LPU. Prior to this also LPU has been included among top ranks of Ministry of Education, Govt of India’s NIRF Rankings. He added: “I know such rankings bestow more responsibilities on us, and we continue striving to be up to the expectations from us. LPU has revealed its indomitable spirit in achieving good scores under all parameters judged on, and promises further to scale high on other national and international feats.”

In fact, since its inception, LPU has regularly been ranked among top institutions of the country in more than 20 prestigious overall researches and rankings. It has been consistently ranked as top university in areas including placements, quality education, industry interface, infrastructure, international relations and more. LPU’s commitment for teaching time-needed excellence to its students has already brought laurels to it in 2020. Prior to this, Government of India in its NIRF rankings-2020 has placed LPU among nation’s top 10 institutions on ‘Outreach & Inclusivity’ parameter; 4th in Engineering; 13th in Management; and, 22nd in Pharmacy. Included amongst the top 100 institutes of the country, LPU has got an overall university ranking of 78 among all of the government and private universities of the country. Here, LPU is also the only private university of Punjab to be among the top 100.

A woman dies due to corona in Kangra on Saturday

PCM SD College for Women gets approval for eight skill based diploma and B.Voc Courses...