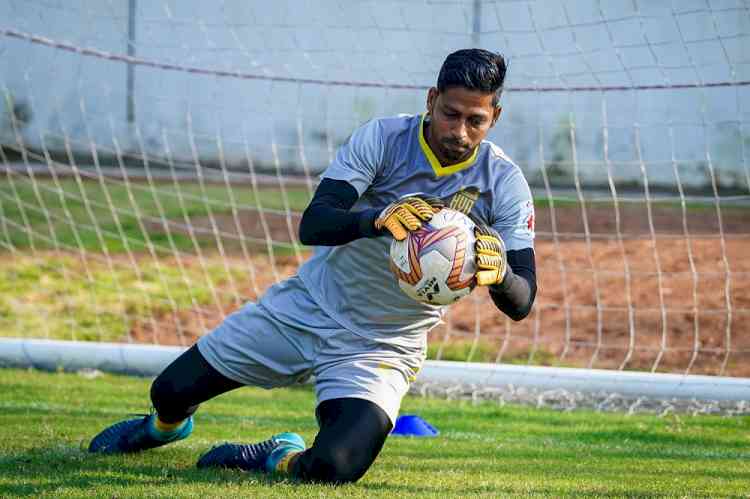 Hyderabad: Continuing their preparations for the upcoming season, Indian Super League side Hyderabad FC have handed a one-year extension to experienced goalkeeper Laxmikant Kattimani. The thirty-one-year-old custodian has penned a new deal with the Telangana-based side till the end of the 2020-21 season, the club announced on Saturday.
“I’m really happy to extend my stay at Hyderabad FC. I am very grateful for the faith shown in me by the management. I think towards the end of the last season, we showed a lot of improvement as a team. There was a change in approach and I hope that we can build on that in the upcoming season. The fans have been great in our debut season, and I hope they will keep supporting us,” said Kattimani after completing formalities.
One of the most experienced goalkeepers in the Indian Super League, Kattimani appeared six times in the latter half of the season for Hyderabad. The Goa-born custodian who has spent most of his professional career in his home state playing for Dempo SC and FC Goa, also turned out for Mumbai FC back in 2017, in his only other spell outside the coastal state. With FC Goa, Kattimani was part of the Super Cup winning side in 2019 while having finished runners-up in the ISL in 2015 and 2019. He has made a total of 45 appearances in the ISL so far.
Kattimani joins Adil Khan, Mohammad Yasir, Asish Rai, Nikhil Poojary, Dimple Bhagat, and Abhishek Halder who have also extended their stay with Hyderabad FC.

KMV organizes on-line board of study meetings of  34 departments during  covid-19...