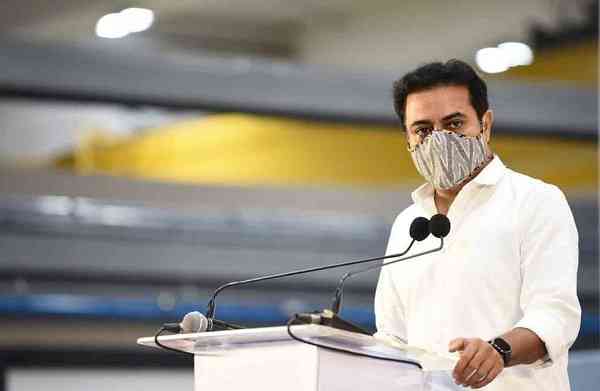 Hyderabad, Sep 20 (IANS) Telangana's cabinet minister K.T. Rama Rao has instituted a civil suit for defamation and for grant of perpetual injunction against state Congress chief A. Revanth Reddy for making baseless allegations linking him with the drugs scandal.

The suit is a result of various baseless, scurrilous, and manifestly false statements and allegations made against Rama Rao by Revanth Reddy seeking to falsely link the minister with the ongoing investigation being conducted by Enforcement Directorate against allegations of drug and psychotropic substances abuse by certain named accused, said a statement released from the minister's office.

"Mr K.T. Rama Rao has thus sought a declaration that such false statements made by Anumula Revanth Reddy are slanderous, libellous and constitute defamation and seeks an appropriate injunction against making such defamatory statements and to take down all such false statements/accusations. Liberty has also been reserved in the suit for instituting further Criminal Proceedings and for payment of compensatory damages for such serious and malicious acts of defamation," it added.

KTR, as Rama Rao is popularly known, is minister for industries, commerce, and information technology and municipal administration and urban development.

Revanth Reddy, who is also a member of Parliament, had also challenged KTR to undergo tests for drugs. KTR said he was ready to undergo the tests provided Congress leader Rahul Gandhi also comes forward to give his samples.

After IT raids, Sonu Sood defends himself, albeit vaguely

Circulation and distribution of all kinds of print media...