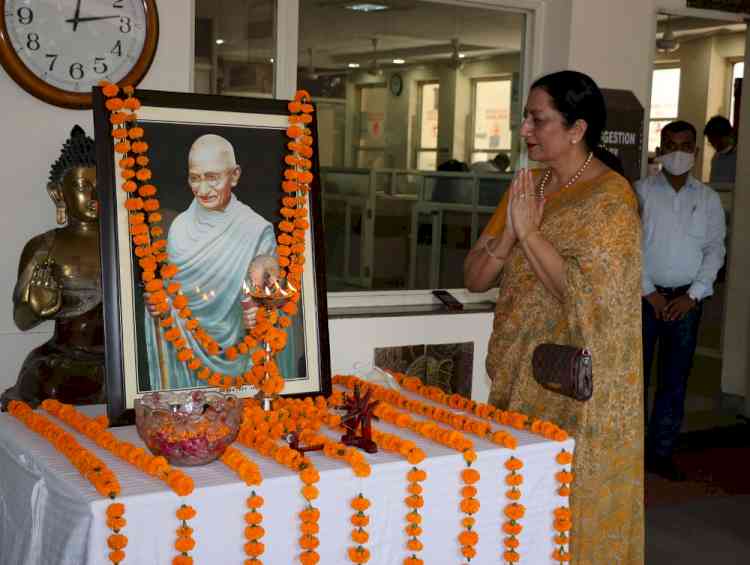 Principal called upon the youth to follow the path shown by him in these testing times. Speaking on the relevance of Gandhi, she further maintained that the principles of Swadeshi, Swachta and Sarvodya have become all the more relevant in the present world. She lauded the efforts of Gandhian Studies Centre of KMV which was first of its kind to be setup in any college in North India in 2007. She appreciated the efforts of this centre in spreading the awareness about the Gandhian philosophy among the different sections of the society. The year long celebrations of 150th birth anniversary of Mahatma Gandhi included a run for Swachh Sashakt Bharat, a three-day photo exhibition in the heart of the city, painting & debate competitions and online quiz competition.

Shradhanjali given to Arun Jaitley