The much-awaited Khelo India Youth Games 2021, Haryana, got off to a rousing start here on Saturday, with Union Home Minister Amit Shah inaugurating the Games during a high-octane Opening Ceremony. 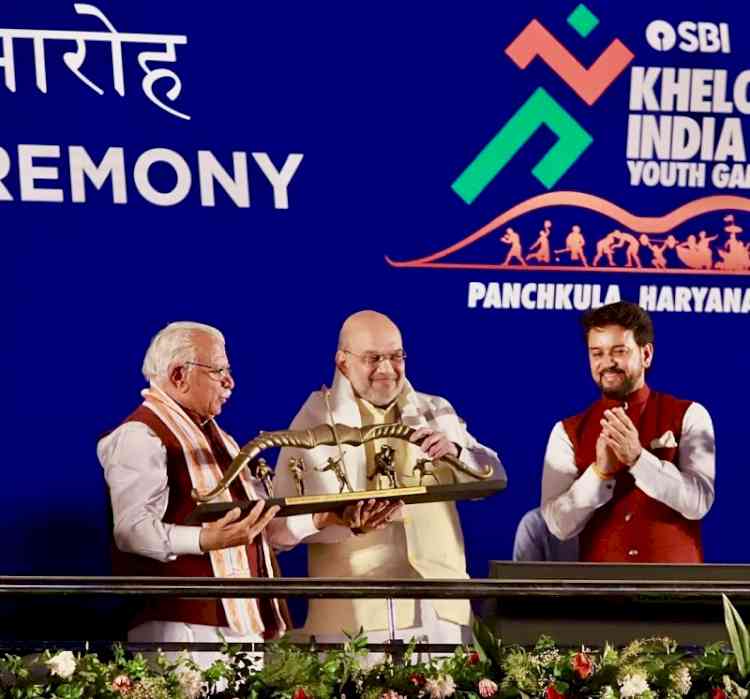 Panchkula, June 4 (IANS) The much-awaited Khelo India Youth Games 2021, Haryana, got off to a rousing start here on Saturday, with Union Home Minister Amit Shah inaugurating the Games during a high-octane Opening Ceremony.

Haryana Chief Minister Manohar Lal and Union Minister of Youth Affairs and Sports Anurag Thakur led the power-packed audience at the magnificent Tau Devi Lal Sports Complex, which will witness most of the battles for medals over the next 10 days.

Terming Haryana as India's sports capital, Amit Shah said, "The entire country is not only proud of Haryana's athletes but also admires them all.

"Over the past four years, Khelo India has given a platform to athletes from across the country to showcase their potential. If you have the talent, there is no force stopping you to graduate from the grassroots level to the state, national, or even the international level."

Over 4,700 athletes, including 2,262 girls, will be jostling for gold and glory over the next 10 days in 25 exciting sports, including five indigenous games.

The race for supremacy will get underway on Sunday itself, with as many as 32 gold medals in weight-lifting, wrestling, cycling, yogasana, and gatka up for grabs.

Addressing the gathering, CM Manohar Lal said: "This is not just a sporting competition but also a melange of cultures because when athletes come here from all over the country they don't just bring their sporting skills but also bring their culture with them. The cultural exchange is a wonderful example of the vision of Honourable PM of Ek Bharat, Shresth Bharat, where people across the country come together as one and make the nation strong."

Union Sports Minister Anurag Thakur said these Games have ensured that athletes get all the support they need. "Be it the funding to Khelo India athletes or the Out of Pocket allowance of Rs 10,000 per month and training facilities or the personalised support to elite athletes through TOPS. As athletes, all you need to do is to play well, you don't have to worry about your requirements, that will be taken care of by us," Thakur said.

Raftaar enlivened the evening with his rendition of the Khelo India anthem Ab Ki Baar Haryana, raising the spirits of each and every one.

The show stitched together a high-energy, high-decibel entertainment package, showcasing Haryana's history and heritage, pomp and prosperity, richness and diversity.

A special section on their sportspersons portrayed how their athletes are prepared for world competition. They also unveiled their future stars during this act, much to the delight of captivated spectators.

KIYG's popular mascots, Vijaya the Tiger and Jaya the Blackbuck, came dancing into the arena, setting the tone for the evening. The loudest cheers were, however, reserved for Haryana's own mascot, Dhakad the Bull.

It was wheeled into the Stadium on a tractor to the catchy strains of 'Hum, Hum, Hum', the original Khelo India anthem.

For the first time in Khelo India Games, Haryana organised a state-wide torch relay. The specially designed canter toured all its districts, promoting the Games and encouraging kids to take up sports.

The Games torch was lit after making a dramatic entry into the stadium from where it was flagged off 25 days back, officially kicking off the Games.

The athletes, on behalf of the participants, took an Olympic-style oath to respect and abide by the rules of the sport and in the spirit of fair play.

Assam cop, who nabbed her fiance for fraud, arrested 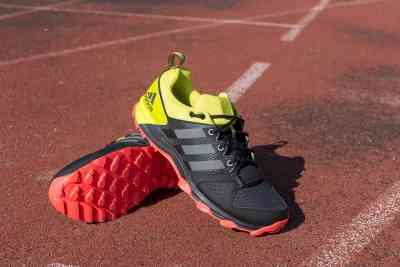 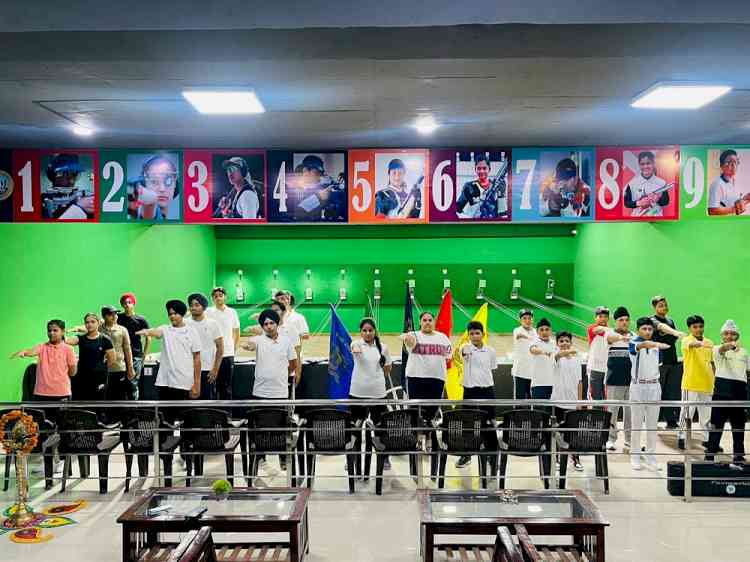 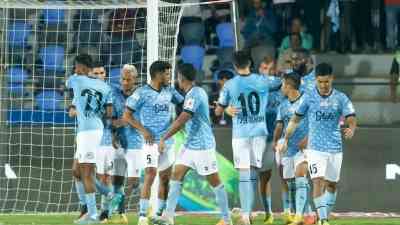 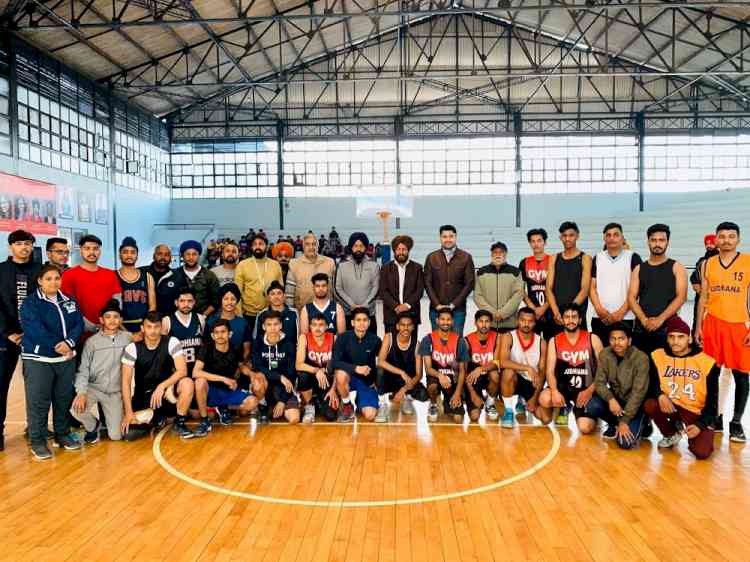