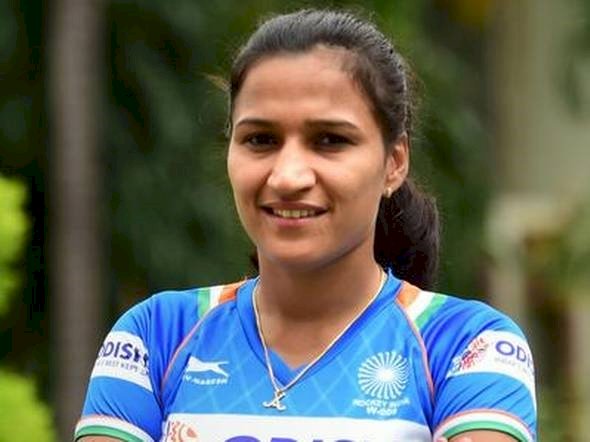 New Delhi: One of the major team sports included in the much anticipated Khelo India University Games 2020 is field hockey, which will have a total of 8 Men's and 8 Women's teams competing for the podium. With close to 285 participants taking part in hockey alone, Indian Women's Hockey Team's Captain and star forward Rani Rampal believes the Khelo India University Games will further uplift the level of the sport, with new raw talent from various universities across India getting the platform to showcase their talent.

"Majority of the athletes in other countries play sports internationally after playing at least some form of university-level games, and now that we are implementing similar strategies here in India, we will be able to find many more talented players at the university level, just like we are finding talented youth via the Khelo India Youth Games," said the Indian Captain.

"There is a lot of raw, young talent across our country, who are maybe not able to dedicate themselves fully to their favourite sport. But Khelo India University Games will give them a platform to perform, and show their raw talent," she added.

Rani, who is currently pursuing her MA in English from the Punjabi University, Patiala, will be backing her University's team to aim for the gold medal at the KIUG which is being hosted by the KIIT University, Bhubaneswar. "It is amazing to see that the Punjabi University is also taking part in the Women's category. I have been doing my MA from there, and I will be cheering for the girls when they take the field in Bhubaneswar later this month," said Rani, who recently also bagged The World Games Athlete of the Year 2019 Award.

Gambhir slams Warner for what he did to Mohammad Hafeez's...