The gang was operated from Germany and associated with KLF 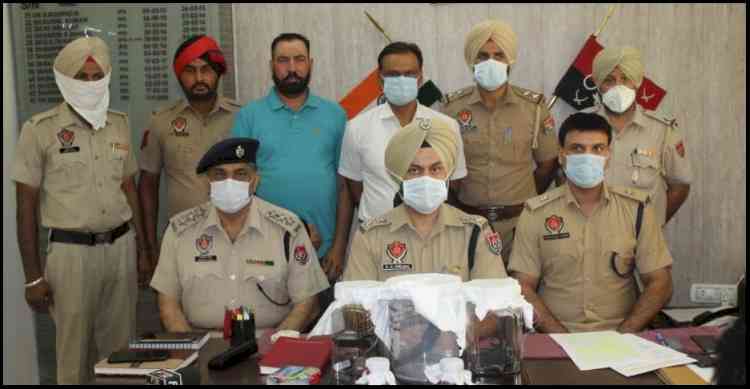 Khanna: Khanna police claimed to have busted a target killing gang who was operated from Germany and associated with KLF(Khalistan Liberation Force).Three members of the gang nabbed by the Khanna police have been identified as Jaswinder Singh  and Jaspreet Singh of Banga of Ropar District and Gaurav Jain of Sirsa District.

SSP claimed that acting on a tip-off, during checking of vehicles at strong naka Pristine Mall G.T Road Khanna, an Etios car bearing (No.PB-01-AS-6845) was stopped and three persons got out of the car, who tried to flee after firing one round on the police party. However, the police party successfully overpowered after a short chase on two persons while one person managed to flee from the spot. The two persons held up, identified themselves as Jaswinder Singh r/o Fatehpur Bunga PS Kiratpur Sahib District Ropar and Gaurav Jain @ Minku r/o house number 247 ward 08 near railway level crossing, Kaliawala PS Kaliawala District Sirsa. FIR (No.140 dated 04.07.21) u/s 379-B, 411, 34 IPC, 25 Arms Act PS City-2 Khanna was registered & IPC Section 307/332/336 were added during investigation.

Two .32 bore pistol alongwith four magazines, including 02 live cartridges and 01 spent round, one country-made weapon (desi katta) were recovered from aforementioned arrested persons. During investigation, it came to fore that the No.PB-01-AS-6845 on Etios car is fake and the arrested accused persons confessed to have snatched the vehicle at gun point on Airport Road, Zirakpur. In this regard, a case FIR (No. 373 dated 25.06.2021) u/s 379-B, 506, 34 IPC, 25-54-59 Arms Act is lodged at PS Zirakpur.

After fleeing from Patiala Jail, he confessed that on dated 25.06.2021, he has snatched Etios car at gun-point on airport road, Zirakpur, and on 03.07.21 looted Rs. 50,000 from a petrol pump in Kharar, alongwith his associates. Also, he came into contact with foreign radical associated with KLF organization and they agreed to finance him in return for target killings. He approved of the same and even did recce on sensitive targets in Punjab. Foreign based (Germany) handler financially aided him through various digital payment platforms (Western Union, PayTm etc.) and sourced 03 weapons from Rudrapur, Uttarakhand to equip him for target killings. 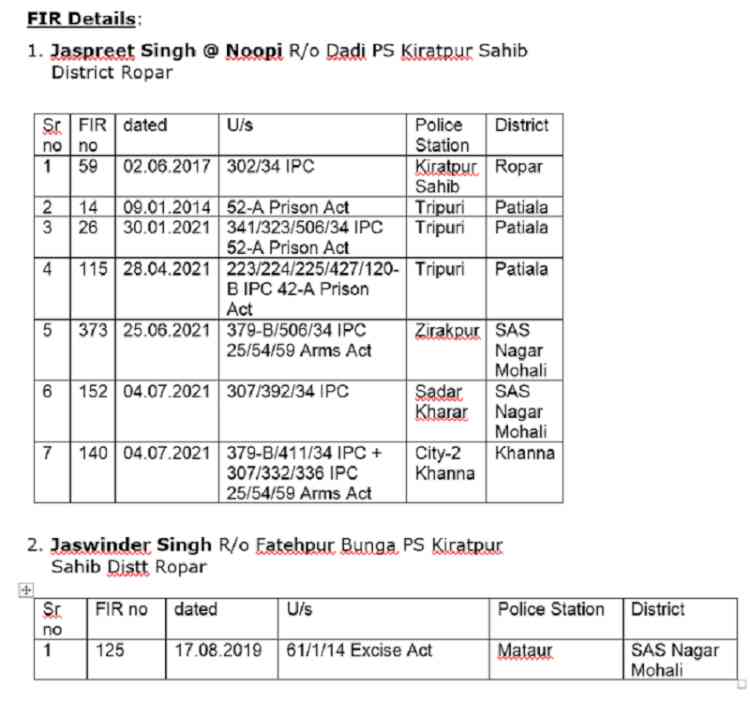 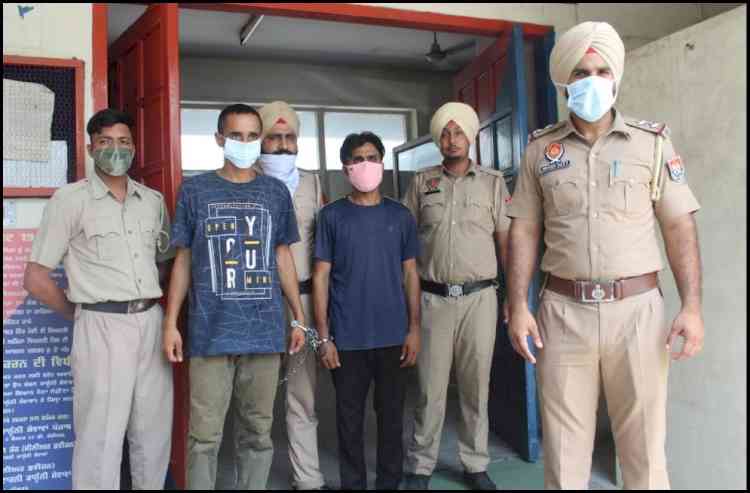 Not a stable man, says Amarinder after Sidhu's resignation