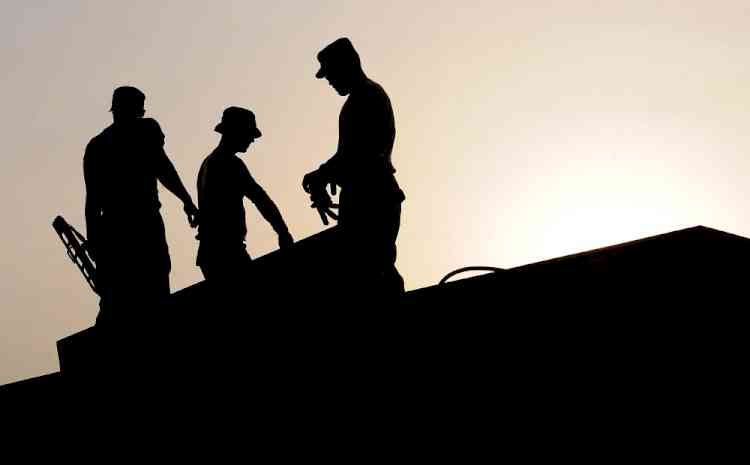 New Delhi, Oct 18 (IANS) Two of the country's prominent manufacturing centres registered joblessness in high double digits in September even though economic revival and demand resurrection were resulting in more jobs being created in various sectors.

According to the data for September released by the Centre for Monitoring Indian Economy (CMIE), the states of Haryana and Rajasthan topped the list of prominent Indian industrial states where unemployment rate in the month remained in high double digits at 20.3 per cent and 17.9 per cent, respectively.

The two states are important industrial hubs with the presence of several automobile and auto component companies, including prominent multi-national corporations. High unemployment rates in these states indicate that the so called national level economic recovery and demand resurrection has not yet reached various industrial segments that are still struggling to grow their businesses.

Interestingly, both the states had even higher unemployment in August at 35.7 per cent in Haryana and 26.7 per cent in Rajasthan.

As per CMIE data, apart from the two prominent states, Bihar, Delhi, Jammu and Kashmir, Puducherry and Tripura reported unemployment rate in double digits in September, while the national average for the month fell to 6.86 per cent from 8.32 per cent in the previous month.

What is worrisome is that in states such as Delhi, unemployment rate rose for the fourth consecutive month. Even in J&K, Himachal Pradesh, Punjab, Puducherry and Tamil Nadu, the unemployment rate in September was higher than the previous month.

The job market has created a worrisome scenario in the country since the outbreak of the Covid-19 pandemic last year.

TCS iON opens its national qualifier test to all corporates

GoI appreciates initiative of PHD Chamber of Commerce and...