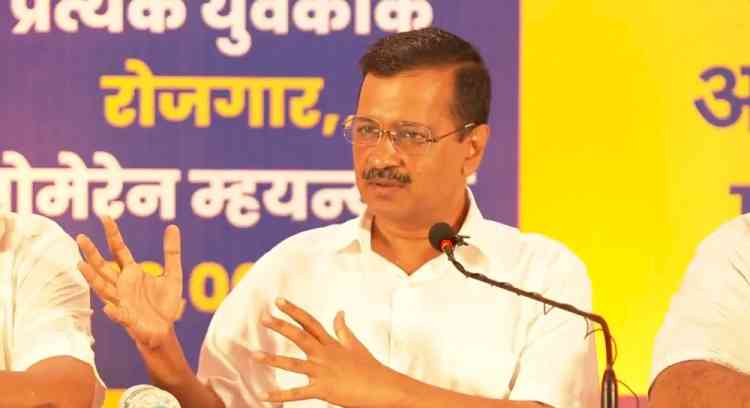 Panaji, Sep 21 (IANS) Aam Aadmi Party convenor and Delhi Chief Minister Arvind Kejriwal on Tuesday in a major poll promise, announced 80 per cent reservation in private jobs for Goan youth, while assuring allowances to the tune of Rs 3,000 for an unemployed youth in a family and Rs 5,000 for households, whose members have lost jobs in the mining and the tourism sector.

Addressing a press conference in Mapusa town in North Goa, Kejriwal also announced the setting up of a Skill University, which the Delhi Chief Minister said would help youth get trained in job-oriented skills, while also announcing a mechanism for ensuring transparency in government recruitment.

"We will arrange employment for one unemployed youth in every home in Goa. Until the youth does not get employment, Rs 3,000 per month will be paid as unemployment allowance," Kejriwal said.

Goa is headed for state assembly polls in early 2022.

Rajasthan the most unemployed state after Haryana