Kashmir: A battle that has been laid off for far too long 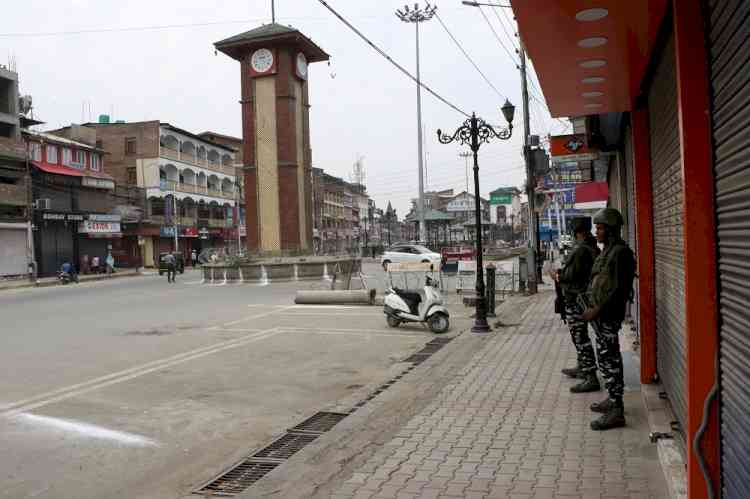 On October 22, 1947 Pakistan attacked the State of Jammu and Kashmir. It was the beginning of a conflict that would leave thousands dead and maimed and scar the lives of millions. It was also the start of a feud between India and Pakistan that continues to this day.

Attempts, thenceforth, made by India to try to resolve the issue of Kashmir peacefully through the corridors of international diplomacy have each time ended in a stalemate at the floor of the United Nations forcing India to start attempts to seek a resolution, all over again.

Meanwhile, religious terrorist outfits, working in unison with Pakistani military establishment and its spy agency the ISI, have kept the riot alive, which Pakistan presents to the world community as evidence of an ongoing imaginary mass separatist movement in Kashmir.

Today, as battle hardened LeT and other jihadi terrorists returning from Afghanistan have once again managed to infiltrate our territory and an all-out Indian military operation in Poonch is under way, which, by the way, has already cost the lives of 10 of our jawans and 15 infiltrators, the occasion begs to seek a new approach towards solving the seventy odd year old conflict that seems to be going round in circles.

At the time of Partition of the Indian subcontinent in 1947 guidelines for the future of the 560 plus Princely States were stated in the 1935 Government of India Act according to which, The Indian (princely) state's...accession to a Federation (Pakistan or India) ... cannot take place otherwise than by the voluntary act of the Ruler of each State.

The government of Pakistan entered into a bilateral agreement (Stand-Still Agreement. August 15, 1947) with the State of Jammu Kashmir according to which Pakistan was obliged to accept the independent status of the State. However, on October 22 of the same year Pakistan army, along with tribal mercenaries that it had hired from northwestern parts of the newly established country, launched an attack on the State of Jammu and Kashmir.

Due to its surprise nature, the attack caught Maharaja Hari Singh unprepared. Soon Pakistani troops were calling at the gates of Srinagar. It was then that the Maharaja made a wise decision and acceded to India. The Instrument of Accession was thus signed on October 26, 1947. Next morning Indian jawans began to land at the Srinagar airport. Soon the Pakistani intruders were forced to retreat and pushed across the River Poonch.

Had the Nehru government not made the mistake of seeking a ceasefire from the United Nation Security Council (UNSC), we, the people of Pakistan occupied Jammu Kashmir and Gilgit-Baltistan would have been free citizens of Bharat as well.

According to the UNSC resolution of August 13, 1948, the first step in the direction of restoring peace in the region demanded a total withdrawal of Pakistani troops and all (nonresident) tribal invaders. Did Pakistan comply? No, not to this day. Instead of following the conditions for restoration of peace laid down by the UNSC, Pakistan conducted Operation Grand Slam and Operation Gibraltar (1965), and the Kargil war (1999).

India cannot sprint into becoming a global player unless the pebble of Kashmir issue is removed from under her sole. Time has come, or so it seems, that a totally new treatment to a chronic ailment is found for the following reasons.

Firstly, the UNSC has not been able to make Pakistan follow its resolution thus undermining the authority of the institution to enforce its decisions. Secondly, numerous efforts made by various Indian governments to negotiate a settlement for Kashmir issue by peaceful means has always ended up in emboldening Pakistan, which has taken our restraint in wake of terrorist attacks on our motherland (such as the current one), as our weakness. And, finally, the change of seat of power in Kabul has diminished our chances of a collaborated pincer act of smothering of Pakistan by Afghanistan and India.

So, under the prevailing actuality what choices are we left with. What we should realise is that old choices we had so far available to us have become obsolete.

I am of the opinion that the time to hit Pakistan hard has come. And to hit Pakistan hard on all fronts simultaneously would be key to our success. Therefore, as Pakistan struggles to come to grips with its economic downfall and at a time when the State is at war with itself, as Bajwa-Imran wrestle over the appointment of the new director general of the spy agency ISI, we must strengthen the forces that are struggling to liberate themselves from the clutches of Pakistani military establishment, i.e., the Baloch and the Sindhi nationalists.

We must also seriously consider to end the ceasefire and begin to pound on strategic targets inside Pakistan. And openly claim PoJK and PoGB to be a part of the Republic of India by allowing dissidents from the occupied territories into Rajya Sabha/Lok Sabha and in the Jammu and Kashmir Assembly.

Internationally, we must find means to appoint able foreign representatives who can actively confront the ISI narrative on Kashmir and inform the world community of the atrocities committed by Pakistan's deep state that began on and since October 22, 1947.

Only by taking bold and controlled steps and by confronting evil by looking it in the eyes can we win the battle of Kashmir; a battle that has been laid off for far too long.

(Dr Amjad Ayub Mirza is an author and a human rights activist from Mirpur in POJK. He currently lives in-exile in the UK. The views expressed are personal)

Ghalib's compassion, plurality is critical for our times: Najeeb Jung

OPINION: What if Noah had to build his Ark today?