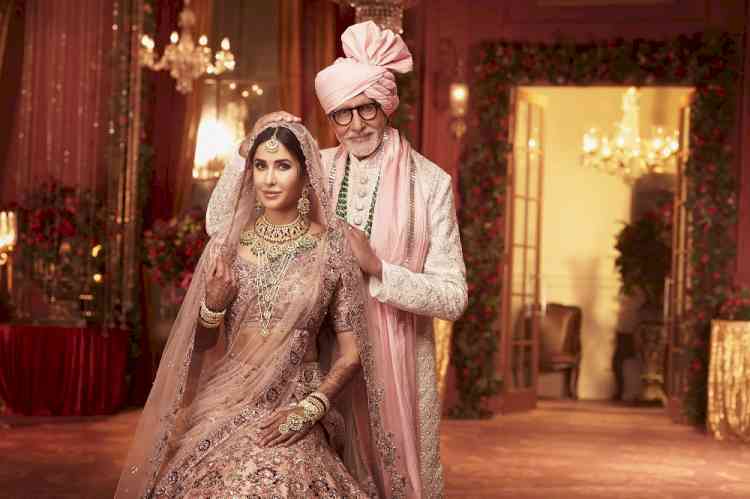 The ad film showcases the confluence of different cultures with Katrina Kaif portraying the role of a Delhi bride who is all set to marry her Tamil groom. Amitabh and Jaya Bacchan play her parents, and the film explores a plethora of emotions while tracing the emotional journey of both the bride and her father before the wedding ceremony.

Talking about the latest Muhurat campaign Mr. Ramesh Kalyanaraman, Executive Director, Kalyan Jewellers said, “Indian weddings are diverse and vibrant with varied traditions, customs and special moments, and our new Muhurat campaign tells the story of one such bride and her family, on her special day. The very same diversity is also seen when it comes to bridal jewellery, and as a brand with a pan-India presence, we understand that jewellery worn on that special day is a legacy every woman is proud to own. Our specially curated and newly revamped Muhurat wedding collection features exclusive designs inspired by regional trends, and are designed and skilfully crafted by local artisans.”

Regional brand ambassadors such as Manju Warrier, Shivraj Kumar, Prabhu Ganesan & Akkineni Nagarjuna are part of the region-specific renditions of the same campaign. The Tamil, Telugu and Kannada version of the ad features actress Regina Cassandra and Nidhhi Agerwal while the Malayalam ad features Reba Monica John in the avatar of a Malayali bride. This ad will be amplified across television, social media and digital properties of the brand.

The campaign film was released by national brand ambassador Amitabh Bachchan on his Instagram page today.