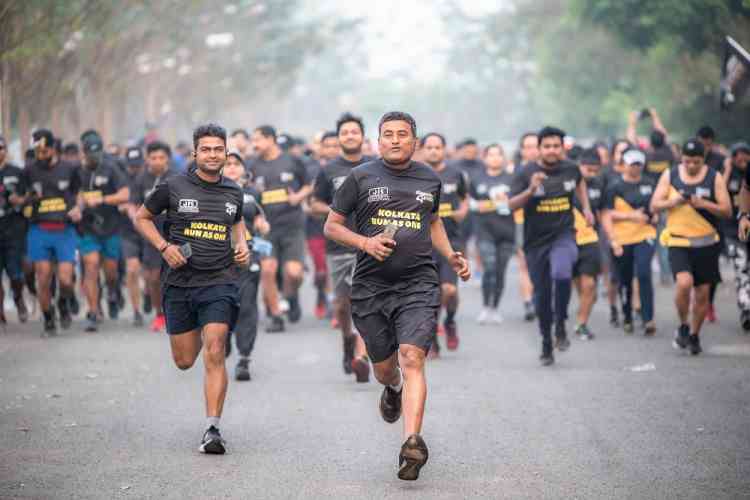 Kolkata: JIS Group, one of the largest educational groups of India extended support to Kolkata Runners to boost up the morale of the runners to run as one. The event, “Kolkata Run As One “was flagged off by Mr. Debashish Sen, Chairman, HIDCO.

This sports event has been conducted by NEB sports in four cities of India. The third event was organized in Newton, Kolkata on Sunday, 21st March, 2021. It was initiated with a motivational note by Master Blaster Sachin Tendulkar. 300 runners from various runners group of Kolkata participated in this event as one team to achieve a milestone in this national event. The entire team ran physically. Winners of the event will be announced in April.

Speaking on this occasion, Mr. Harjot Singh, Executive Director, JIS Group, added that, ”We are proud to extend our support to the Kolkata event “Kolkata Run As One “which is a part of the renowned national event organized by NEB sports. Kolkata event is a symbol of unity where runners from various runners of Kolkata came together and run as one group to get extra mileage in this event. We are delighted to provide t-shirts to all participants of Kolkata who are keen to win in the national event.”

SATTE 2021 set to facilitate the revival of the Travel, Tourism and Hospitality...