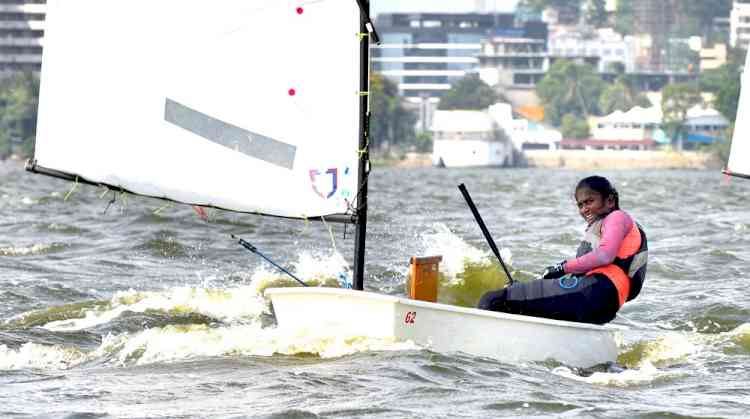 Hyderabad: Jhansi Priya Laveti of Hyderabad took on the lead at the end of the 8th race but a protest against from her from Akshaat Dohare  is pending since yesterday in a race which she finished 2nd and that could well decide her fate in the final medal tally

With one discard Jhansi still stands overall first followed closely by Ekalavya Batham of Bhopal who showed his prowess being India No 1 . In third position is Shashank Batham of Bhopal

Two races were sailed and the balance 4 will be sailed till the final racing on the 5th August.

Overall tally at the end of 8 races

Roll-out 'Flex-Fuel Vehicles' within a year, Gadkari to industry