Alita is a gripping sci-fi thriller about a young cyborg 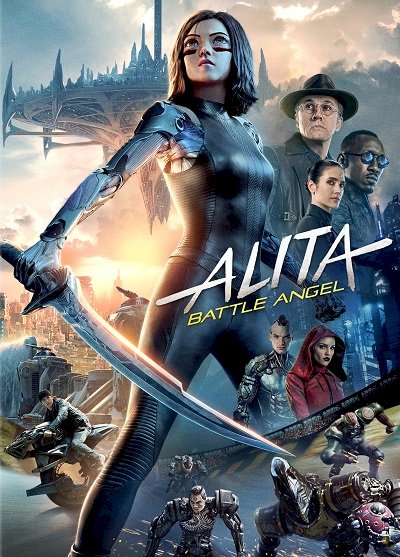 Mumbai: Alita: Battle Angel, an action-packed story of hope, love and empowerment by the maestro, James Cameron and Robert Rodriguez will premiere on Star Movies on February 16.  Adapted from Yukito Kishiro’s manga graphic novel, Alita is a gripping sci-fi thriller about a young cyborg who is on a journey of self-discovery to reclaim her memory.

The movie stars Rosa Salazar as a mysterious yet powerful teen girl bot with oversized anime-style eyes and a good heart. The inimitable cast also include Christoph Waltz, Jennifer Connelly, Mahershala Ali, Ed Skrein, Jackie Earle Haley, and Keean Johnson. The film is a visual treat as it features amazing special effects including the futuristic sport of Motorball which is central to the movie and is beautifully brought to life by the filmmakers.

Set several centuries in the future, the abandoned Alita (Rosa Salazar) is found in the scrapyard of Iron City by Ido (Christoph Waltz), a compassionate cyber-doctor who takes the unconscious cyborg Alita to his clinic. When Alita awakens she has no memory of who she is. As she learns to navigate her new life and the treacherous streets of Iron City, Ido tries to shield Alita from her mysterious past while her street-smart new friend, Hugo (Keean Johnson), offers to help trigger her memories.

Cameron mentioned that Alita- Battle Angel was the second of two planned film trilogies he was developing, with the first being ‘Avatar’ and how he had hoped it could be a movie to inspire his own daughter. He says, “Alita is a moral character in a very immoral and dark world. Her father figure is compromised. Almost everyone is compromised or has sold out or made their deal with the devil ... except for her and she won’t do it."

Get ready to witness showdowns in the upcoming episodes...

Solution to every problem, this week!

We can accomplish anything they want with grit and determination