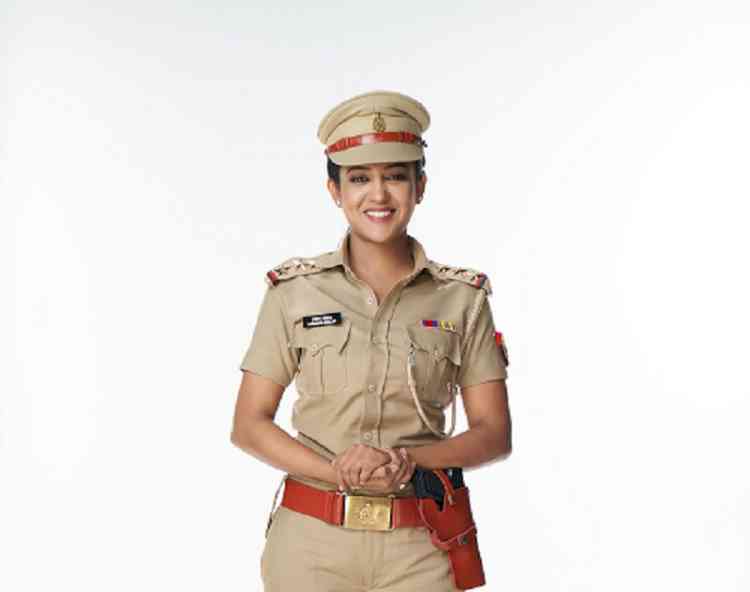 Sony SAB has kept the viewers entertained with its light-hearted value driven show Maddam Sir, which was launched earlier this year. ‘Maddam Sir’, with the tagline of ‘Kuch Baat Hai Kyunki Jazbbaat Hai’, addresses social issues through the eyes of four dynamic women police officers who take every challenge as it comes and solve cases with jazbaat.
The show keeps its audience enthralled with an amazing mix of talented actors and a gripping story line which takes the viewers on an exciting journey. Having launched the show at the beginning of this year, the cast including Gulki Joshi (as Hassena Malli), Yukti Kapoor (as Karishma Singh), Bhavika Sharma (as Santosh Sharma) and Sonali Naik (as Pushpa Singh) had been missing each other and the set of Maddam Sir during the lock down period.
However, as the shoots have started once again, taking all the required precautions, the cast of the show is excited to be back on their set and do what they love the most- entertain their viewers. Getting back to the set of Maddam Sir, for the first time after a gap of almost 3 months, there were a lot of changes as the entire cast and crew is taking every safety measure to ensure the well-being of their team.
Talking about this, Gulki Joshi, playing the role of Haseena Mallik said, “It is indeed overwhelming to be back on the set. There are fewer people on the sets now but it still feels like home. Sony SAB and the production house have taken several safety measures to ensure the well-being of everyone on the sets. No one was allowed to enter the set without proper sanitization and safety gear. All of us are ensuring we maintain an appropriate distance at all times and although it felt a little different, all of us understand and acknowledge that these measures are undertaken for our and the entire team’s safety. I hope things get better soon and we are looking forward to bringing fresh episodes for our audience very soon.”

Nikhil Dwivedi announces his next project 1971 - a film...