It is extremely necessary to be your child’s best friend 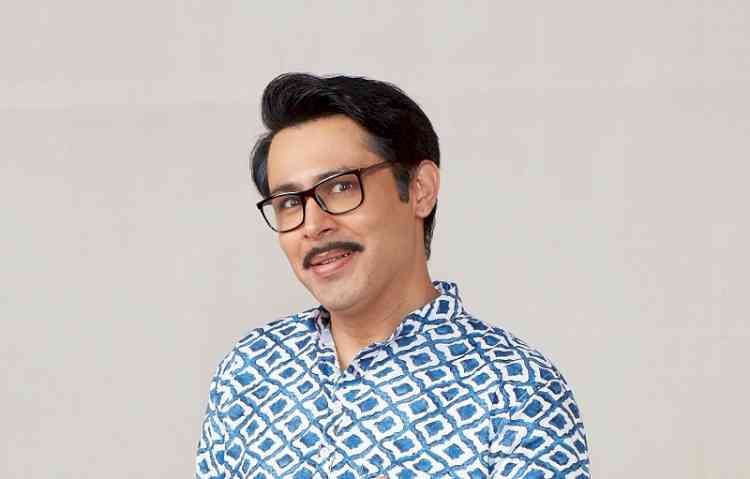 1.    What made you accept this show- Tera Yaar Hoon Main? How does it feel to be associated with Sony SAB?’
I have never come across a story based on a father- son relationship. So it’s a different yet a relatable concept. What is special is that it does not bring a biased point of view as it shows a father as well as a son’s perspective. The thought is very fresh and I am sure that everyone will connect with it in some or the other way. This is exactly what drove me into accepting Tera Yaar Hoon Main.

Sony SAB is a channel that brings shows in a lighter zone for the audience and I am glad to be a part of the channel especially now when people really need such light hearted shows. It’s also surprising how this show came to me. One day, I was out for dinner with my wife and I just mentioned to her that I would love to do a slice-of-life show on Sony SAB. Strangely, a couple of months later, I got this show offered and it made me extremely happy.

2.    The concept of the show is something that hasn’t been touched upon much in the Indian Television. Please comment on that
It is truly a very unique concept and one that the audiences will instantly relate to. In today’s time when most shows are based on Saas-Bahu concept and some on a father-daughter relationship, Tera Yaar Hoon Main brings in a fresh perspective with its unique approach. The show draws inspiration from the evolving times and its effect on each generation in a family. Eager to keep up with today’s time and be a part of his son’s life, Rajeev takes the approach of becoming his friend in real as well as virtual life. While he loves and respects his father, he wants to just keep it at that and not have him as an intrusive ‘buddy’ in his life

3.    Please share something about your character
My character, Rajeev Bansal, is the father of a teenage son, Rishab who wants to become his friend. In his attempts to build a bond with his son that he could never had with his father, Rajeev tries to become Rishab’s friend on social media. Although Rajeev respects his father, has this regret that his father could never become his friend even though he wanted him to. So, he tries everything he can to get closer to his son. He is a hard-working and an emotional man who keeps his family above everything else.

It is a really beautiful character and I am trying to portray it in such a way that the audiences feel only I could have done justice to the character of Rajeev.

4.    Was it difficult or easy for you to play the role of a father to a teenage child?
It wasn’t difficult for me. As an actor, I always take it as a challenge that tomorrow if someone offers me the role of a grandfather, with a nice story, I will do it as long as I am able to do justice to it. If I portray it convincingly, I think I have nailed it.

5.    How was your relationship with your father while growing up?
I have had a beautiful relationship with my father even while growing up. He has never even held my hand tightly, let alone slapping (laughs). Initially, I was not good at studies and one day he actually came to me, hugged me and said, “Tell me what you want to do, if not studies.” That itself encouraged me and I started performing really good in studies. I think I wouldn’t have understood this if he would have slapped me but him coming and talking to me so warmly actually made me realize that I should focus better. I have adopted this same approach for my son as well.

6.    Is it necessary for parents to be their child’s friend?
It is extremely necessary to be your child’s best friend. I used to tell my parents everything because they always behaved like my friends. I always tell my son too that if you have done anything wrong, let us know and we can help you. If kids don’t get that support and understanding from their parents, they will not share things with them. Every parent has their own parenting style but this is what I believe in.

7.    Do you relate to your character- Rajeev Bansal?
The one thing that is relatable is that Rajeev has the same heart as Ssudeep. He loves his son and family and for me as well, family is everything. Apart from that, I think I am much cooler than Rajeev. Also, I share an amazing bonding with my father, as opposed to Rajeev and his father.

The team is really great from the director to the creative people and the entire cast. It is a lot of fun on the set with all the co-actors. Rajendra Ji is a veteran and I get to learn a lot from him. Shweta is very comfortable to work with and is doing a brilliant job. Ansh, since he is new, brings something new to the table in terms of his reactions etc. So, everyone gets to learn something new.

9.    Any message for the viewers?
Firstly, I would like to thank all my viewers for the love they have showered upon me, since the past 17 years that I have been in the industry for. I hope they continue to do so with Tera Yaar Hoon Main too. I would also like to convey that this show is genuinely different and when you watch it, you will know what I am talking about. So, please watch this unique and relatable story about the relationship between a father and a son.

A strong negative character has always fascinated me: Vimarsh...

We are re-living our school memories with Sweeti-Meethi