Internet shutdown in Kashmir to continue on Friday 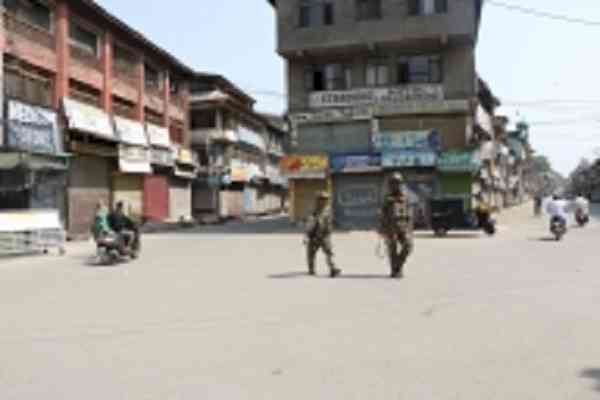 Srinagar, Sep 2 (IANS) The situation across Kashmir remained peaceful and no any untoward incident was reported on Thursday as the last rites of senior separatist leader Syed Ali Shah Geelani were held in Srinagar, police said.

"Some vested interests tried to spread baseless rumours about forcible burial of S.A.S. Geelani by police. Such baseless reports which are a part of false propaganda to incite violence are totally refuted by the police," police said.

"As a matter of fact, police instead facilitated in bringing the dead body from house to the graveyard as there were apprehensions of miscreants taking undue advantage of the situation. The relatives of the deceased participated in the burial.

"It is also pertinent to mention that similar restrictions and internet shutdown will continue tomorrow (on Friday). We shall review the situation tomorrow (Friday) afternoon and take further course of action," police added.

Police have requested public not to pay heed to the rumours being spread by the anti-national elements, especially across the border, as they are trying to take undue advantage of the situation and to disturb the peaceful atmosphere in the Valley.

When Priyanka met Akhilesh on a Lucknow flight