More than 1500 nominations were received for different categories of awards 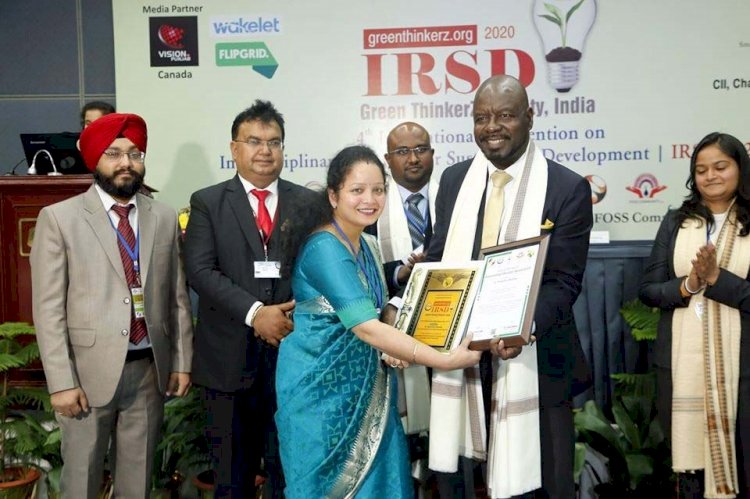 The convention on Inter disciplinary Research for Sustainable Development (IRSD-2020) was organized to recognize the achievements of institutions, academicians, researchers and technocrats in various fields of repute.  More than 1,500 nominations were received for different categories of awards. Academicians, Researchers Engineers, Scientists and experts from 20 countries were present in this international convention held at CII Chandigarh.

Dr Satinder Pal Ahuja and Dr Hardeep Singh Saini received the award of excellence on behalf of Indo Global Group of Colleges. Both of them were honored on the basis of their contribution to academics, research and innovation in the field of engineering, technology and management. On this occasion, Dr Roland Amoussou, President from Asiafrica Foundation, Prof Samudaya Nanayakkara Western Sydney university Australia, Prof  Navodana Rodrigo Western Sydney University Australia, Sh Labh Singh former advisor to Department of Telecom, Govt of India were present and shared their productive sessions. Chairman, Indo Global Sukhdev Singla congratulated the whole team of Indo Global Group for this achievement.

MBA students of PCTE make it to third round of Smart India...

95 per cent of India’s millennial affected by stress