The audience will witness a lot of fun moments 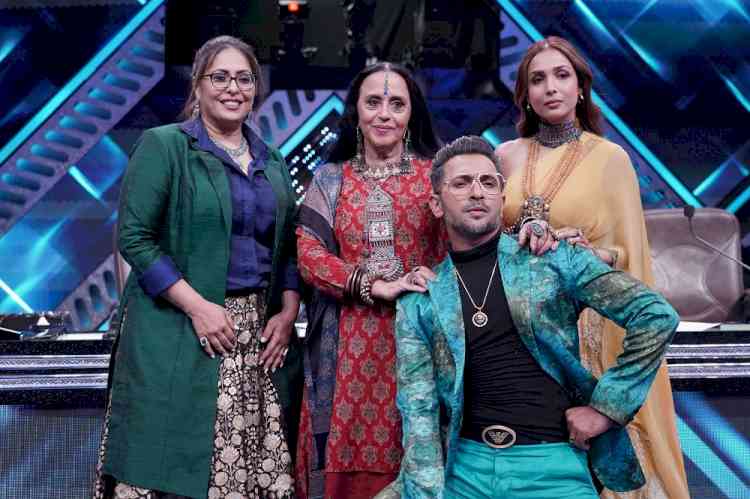 Sony Entertainment Television’s India’s Best Dancer is currently the most popular dance show on the small screen. As the show is inching closer to the finale, the competition between the contestants only gets tougher. The theme for this weekend is folk fusion and the show will extend a warm welcome to special guests – Pop singers Guru Randhawa and Dhvani Bhanushali as well as the veteran folk singer Illa Arun. While Dhvani and Guru are known for their hit contemporary tracks, Illa Arun has created records with her blockbuster folk songs with her famous Rajashthani touch. The guests thoroughly enjoyed all the power packed performances of the contestants as they presented a variety of folk dance forms on stage.

Moreover, the audience will witness a lot of fun moments, banter, and entertainment throughout the episodes. The contestants paid a special tribute to the super-talented Illa Arun, who reminisced precious moments and took to the stage and raised the bar a few notches higher. Guru Randhawa and Dhvani Bhanushali will be seen singing their popular songs raising the energy levels for the evening and enjoying the performances of the contestants! While Dhvani Bhanushali mesmerized everyone with her beautiful voice and sang the song – Vaaste, Guru Randhawa sang his chartbuster songs, “Ban Ja Tu Meri Rani” and “Lagdi Lahore Di” for judge Malaika Arora who is back on the judges' panel. Malaika even joined Guru on stage and the two shook a leg on his popular track.