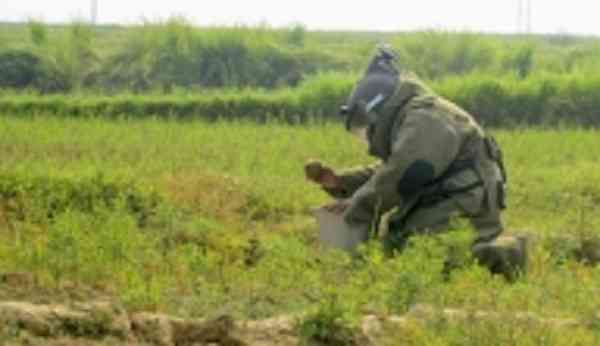 Chennai, Sep 28 (IANS) The Indian Army's Bomb Disposal Squad has safely disposed the remaining unexploded bombs that were seized along with iron and steel scrap from an industry estate, an Defence Ministry statement said on Tuesday.

In the statement issued here, the Ministry said that nearly 15 ton of live unexploded ordnance, along with iron and steel scrap, which were seized from SIPCOT Industrial Complex sometime back were destroyed in two phases.

The first phase of bomb disposal was conducted in March 2021 for about 10 tons of unexploded shells and the second phase in the third week of September 2021 for about five ton at identified blasting sites in Gummidipoondi and Sholingur, respectively.

The retrieval, transport and blasting of these bombs in controlled blasts was a risky operation, it said, but the bomb disposal team of the Army cleared these unstable and dangerous munitions with skill, precision and dexterity while also ensuring the safety of the local population in close coordination with the civil administration, it said.

US visit an occasion to strengthen strategic partnership:...