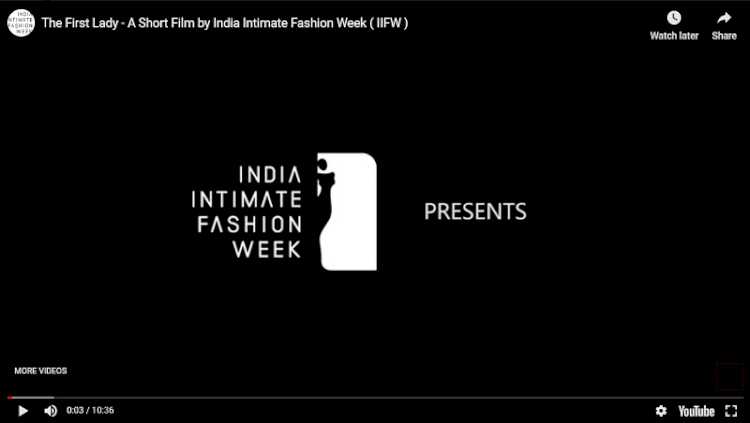 India Intimate Fashion Week which is quite synonymous in India has released an impactful short film on social awareness. Every year during International Women’s Day, IIFW brings a powerful, socially concerned topic in front of the world, through a neat short film. IIFW’s earlier short stories, The Right Cup Project & Do Not Look Here, were very well appreciated across the industry and audience. This year too, IIFW has thoughtfully created a masterpiece that would raise concerns about another Taboo in the society, again.
Mr Niraj Jawanjal, Founder and Chief Ideator of India Intimate Fashion Week, who has conceptualized and also directed this film said, “With the core focus of IIFW to “Boo the Taboo” about the existing taboo in India when it comes to talking about lingerie, a basic need in our day-to-day life. There is nothing like only youngsters need it and older ones don’t. Rather they need more care, attention and support than youngsters. This short film draws the attention to the critical issues viz. sagging, breast cancer, uterus cancer, personal hygiene related issues and mainly on the mental illnesses which start with ignorance & loneliness. etc to which elders and parents are more prone to. The was busy and life would always keep us busy out of our professional and personal commitments but if that results into parents getting ignored and feeling lonely then there is nothing worse than this. He further elaborates that; this is a genuine attempt to re-think on how we live our lives in a busy metro city and what it results into directly or indirectly. This short film was released on 7th March 2020 across all the social media channels for everyone’s viewing.