Over 6000 participants were present at the event 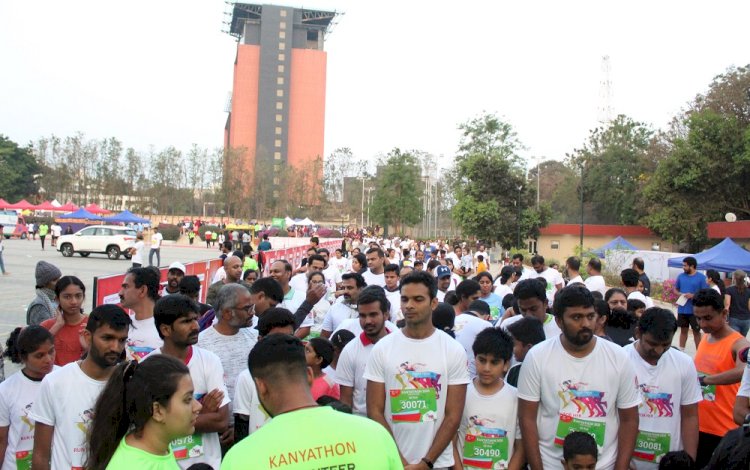 Bangalore: The IFIM Business School, among India’s top six AACSB-accredited Business Schools, based in Bangalore, held their annual charity run ‘Kanyathon’ on 1st March 2020 at Infosys, Leisure ground, Electronic City, Phase 1, Bengaluru. The proceeds collected from the same were donated to CRY, a trusted NGO which has been working towards creating happier and healthier childhoods for the last 40 years.

Over 6000 participants were present at the event which included a blade runner, army personnel as well as 46 teams across corporates as part of the corporate challenge. The event was presided over by Mrs. Madhu Bhandari, wife of his Excellency Justice Dalveer Bhandari, Judge, International Court of Justice.

Speaking on the occasion, Mr Sanjay Padode, Chairman, Center for Development and Education, said, “I would like to congratulate the students of IFIM Institutions for taking the ninth edition of Kanyathon to the next level. The students have demonstrated their execution capability par excellence by hosting an event of this magnitude. This year the monies generated through this event are much higher and thus the impact of this contribution towards saving a Girl Child will be felt far and wide.  In the past, the monies raised through Kanyathon have been donated to CRY and have impacted the lives of more than 600,000 children. This year we have reached an understanding with CRY to allow our students to actively participate in the deployment of the funds generated for propagating the cause of Save a Girl Child. Thus this year besides raising the funds and organizing the event the students will also deploy the funds, thereby completing the full cycle.’

The event began with a warm-up Zumba workout at 5:30 AM followed by the main event, a 10 KM marathon. Separate 5 KM and 3 KM Fun runs took place after the marathon. The event concluded with a college band performance for participants to kick back and relax, followed by the final prize distribution for the winners. The highlight of the event was the parent-child 3k run which had significant involvement from schools.