I feel Bindi adds up to beauty of Indian attires and completes entire look: Sucheta Khanna aka Bijli Devi 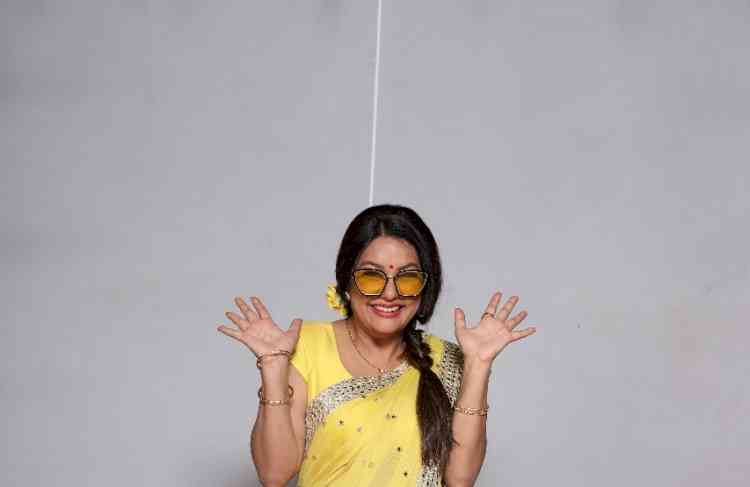 Her quirky portrayal of Bijli Devi and broken English have already made Sucheta Khanna a favorite amongst audiences with a lot of praises pouring in for Sony SAB’s Jijaji Chhat Parr Koii Hai. But it is not just her performance that she aces at, the actress is quiet a pro when it comes to the fashion game as well. While her on-screen character calls for her to mostly wear sarees, she loves to experiment with her attires in real life and believes that Indian fashion is a complex mix of glamour and modesty, and one should carry it in a decent way.

In a recent conversation, Sucheta Khanna revealed about her love for Indian attires and how she likes to do fusions for Indo-western looks:

Talking about her favourite Indian attire and how she keeps up her fashion quotient, she said, “White Kurta-Pyjama is my favourite Indian attire and I believe there is nothing more relaxing, comforting, and classier than that and it also gives a deep sense of Indianness. I like to style my Indian outfits into Indo-western attires by fusing my Dhoti with a shirt and so on. I always try to keep my Indian look on-point and I feel accessories form a very important part of that, either oxidized earrings or huge necklaces. My personal favourite is the Maharani necklace but that can be worn on very rare occasions like wedding. Along with this, I feel Bindi adds on to the beauty of Indian attires and completes the entire look.”

Sucheta Khanna talking about her looks in the show said “In Jijaji Chhat Parr Koii Hai, I have got a chance to play a glamorous mother and my look is quite different from the other shows that I have done before, where I have majorly played a rural woman. This show has enabled me to explore different looks and efforts have been taken by the creatives, directors, and the whole team. From my hair and makeup to the sarees I am getting to wear, I am enjoying every bit of it because I think it is suiting me.”

She further added, “I love wearing Kurtas with torn-denims as it makes me look good and confident and it is an amalgamation of western and Indian attires which I love wearing. I have been associated with Sony SAB for a very long time and it is like a home I love coming back to. I would just like to convey to my fans that Jijaji Chhat Parr Koii Hai will soon be back with fresh episodes on your television screens, so stay tuned and keep loving us.”

Mouni Roy to scorch your screens with Bhushan Kumar's T-Series’...