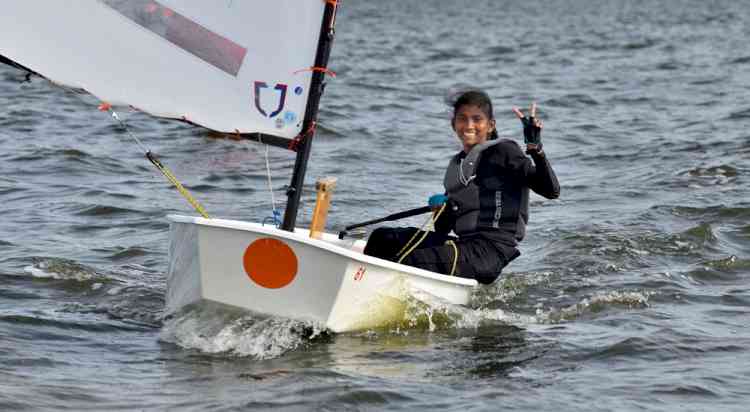 Hyderabad: Ravali Parandi of Telangana won two races out of three and led both from start to finish but still has a long way to go to top the leader board with two bad races on both days.

All three Hyderabad girls are ruling the racing with consistent performances at the top of the Monsoon Regatta National Ranking Championship.

With six races up the Monsoon Regatta is at the half way mark and it has 6 races and 3 more days to go.

Ravali Parandi is the diminutive but fiery dark horse of Telangana who seems to not fear any weather conditions and is in top form to challenge the cream of the fleet if she holds form for the next 3 days.

Jhansi Priya has edged up to the 4th position and its a tight squeeze at the top of the charts.

With 3 girls at the top five and Ravalis two wins it was essentially a girls day of triumph.

Overall positions at the end of six races:

Two-time Paralympic gold medallist aims for his third in...

Top brass 16 hockey teams of India to participate in the...