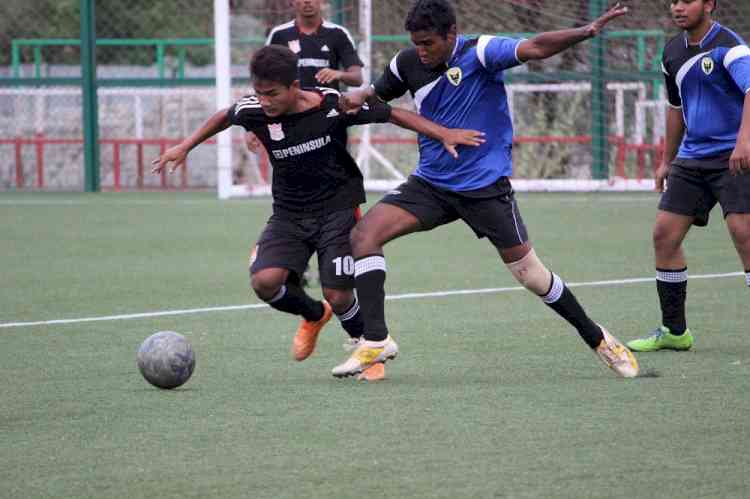 Hyderabad: Emphasizing on their commitment towards young Indian talent, Hyderabad FC have completed the signings of attackers Lalawmpuia (20) and Sweden Fernandes (20) on long term deals, the club announced on Monday. The duo who were part of fellow Indian Super League side FC Goa during the last three years, have each penned a three-year deal till the end of the 2022-23 season.

Hyderabad FC co-owner Varun Tripuraneni said, “Promoting youth is of utmost importance for us at HFC and we want to not just develop, but provide opportunities to promising young talent. As a club, we’re constantly looking at youngsters who are hungry to perform and succeed. We have followed the progress of Lalawmpuia and Sweden for quite some time now and we believe they fit in well with our plans. Hopefully, they will settle into the squad soon and become important players over the course of the season.”

Twenty-year-old Lalawmpuia, who operates as a striker came through the ranks at Pune FC and DSK Shivajians before being promoted to the senior side with the latter. The Mizo lad was signed by FC Goa for their developmental side in 2017, and has since regularly featured in local and national competitions for the Gaurs including the Goa Pro League, Durand Cup and the 2nd Division League. He was promoted to the first team during the start of the 2019-20 season of the Indian Super League.

“I am very happy to have signed for Hyderabad FC. A lot of players that are part of our squad are the ones that I have admired for a long time. So, it’s great to be part of this team and I hope we will be able to put in a strong performance this season,” said Lalawmpuia, who is fondly known as Opi, and has also featured and scored for India’s U19 side.

Meanwhile, Sweden has been involved in Goan youth football for several seasons turning out for Sporting Clube de Goa and Dempo SC’s youth teams before being signed by FC Goa in 2017. The Quepem-born winger has featured regularly for the Gaurs locally in the Goa Pro League as well as on the national stage in the 2nd Division League.

“I am very excited to sign for Hyderabad FC. This will be my first season in the ISL, and it’s a great opportunity. It won’t be an easy affair but my target is to work hard to break in to the first team and then become a regular,” said Sweden.

Dharamshala International Film Festival to go online for its 2020 edition from 29...