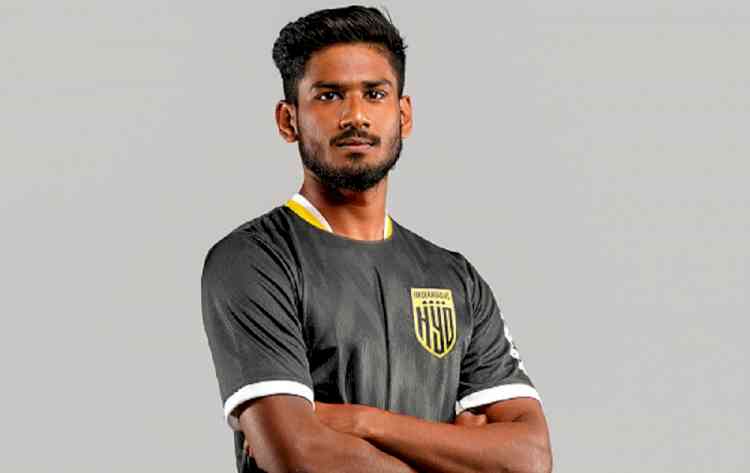 Hyderabad: Building on their youth-centric set-up, Hyderabad FC continue to add exciting talent to their squad and the latest player to arrive is striker Aaren D’Silva. The 23-year-old attacker signs on a three-year deal till the end of 2023-24 season, the club announced on Friday.

Hailing from a sporting family, Goa-born Aaren has been involved in professional football since a young age. He spent over four years learning his trade at the SESA Football Academy. The youngster also featured for Dempo SC in the U19 I-League and Santa Cruz club of Cavellosim in 2016-17 season of the Goa Pro League.

Aaren joined FC Goa in 2017 and spent three seasons with the developmental team before being promoted to the first team for the 2020-21 season. During his time with the Gaurs, he featured in the Goa Pro League as well as the 2nd Division League.

He was one of the top scorers for his side in the 2nd Division, netting 10 goals in 19 appearances across three seasons, while also finding the back of the net 25 times in the Goa Pro League over four seasons.

“I am really excited to be a part of Hyderabad FC. I have already spoken to the coaches and that makes me even more excited. I want to be a part of the squad, and work hard to make a name for myself at HFC,” said Aaren, after completing formalities.

“I hope to give my best for the club and make the fans proud,” he added.

A talented and hard-working striker, Aaren has also represented his state in the Santosh Trophy, including leading the line with them to a Runners Up in 2017, and will be an exciting addition to the squad under Manolo Marquez.