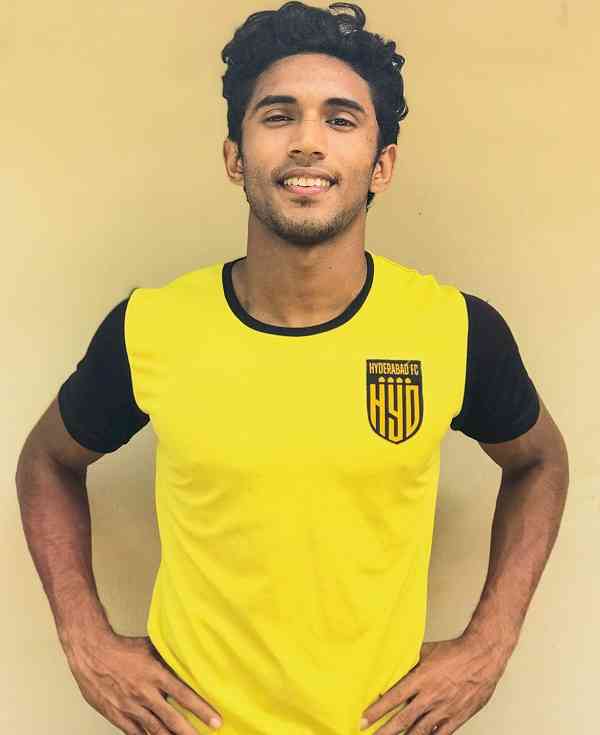 Hyderabad: Hyderabad FC continue to further strengthen their squad for the upcoming season of the Indian Super League with the addition of promising young winger Abdul Rabeeh AK, the club announced on Tuesday. The 20-year-old Malappuram native becomes the second new addition for the club this season.

Having started his youth career with MSP Higher Secondary School in Malappuram in 2013, Rabeeh has also featured in the AIFF Youth Leagues at the U16 and U18 levels, apart from the 2nd Division League. He spent the 2020-21 season with Luca SC, Malappuram, playing a crucial role for his side in the Kerala Premier League, where he was zeroed in upon by the HFC scouts.

Speaking after joining HFC, Rabeeh said, “Hyderabad FC is currently a club where most young footballers would love to play. The opportunity they are offering to youngsters like me, is something I cannot let go. Their major contribution to the national team gives all young players belief, and I cannot wait to be a part of the club and show my quality.”

A versatile winger who can also function as a full-back, Rabeeh joins as a Developmental Player. While he aims to break into the first team, Reserve Team Coach Shameel Chembakath believes the youngster will be a valuable addition to the squad.

“I have seen a lot of youngsters with potential come and go. But Rabeeh is one player that has always stood out. He has the ability to control the tempo of the game even against tougher opponents. Also, he has potential in terms of speed, acceleration and skill, and puts in a lot of hard work every day,” said Shameel who was instrumental in scouting the player.