How will Veer and Bantu trap aliens on Sony SAB’s Hero: Gayab Mode On? 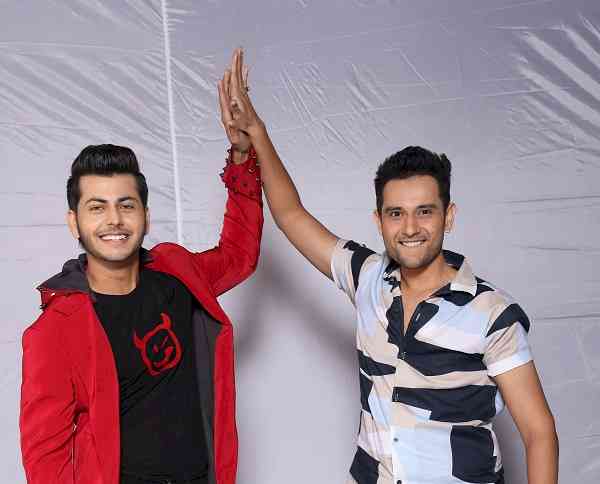 Abhishek Nigam as Hero and Abhishek Sharma as Bantu in Sony SAB's Hero Gayab Mode On.

Sony SAB’s sci-fi fantasy fiction show Hero: Gayab Mode On continues to win hearts of its viewers with nail-biting action sequences and intriguing storyline as Veer (Abhishek Nigam) comes face to face with the aliens who are determined to take the powerful ring away from him. The upcoming episodes are set to take viewers on an exciting ride as Veer and his best friend Bantu, who now knows Veer’s identity as Hero, have some thrilling adventures in store for everyone.

After Dansh (Manish Wadhwa) causes mayhem, Veer realizes that the aliens are on the earth for the ring. This realization further sparks a fear that his father, Amal Nanda, could have also been abducted by the aliens. Committed to finding his father and to hitting back at the aliens for the destruction caused on earth, Veer and Bantu decide to lure the aliens into a trap to teach them a lesson. But the real question is, how will they lure Dansh?

Will Veer and Bantu be able to teach Dansh and his pack a lesson? Or will Dansh already preempt Veer’s move?

Abhishek Nigam, essaying the role of Veer aka Hero said, “I feel that my character Veer is getting bolder with each passing phase. Now that his friend Bantu knows the truth about him being Hero and the existence of aliens, he is feeling a lot more confident and spirited. The upcoming episodes will be truly thrilling and entertaining for our viewers as Bantu and Veer come together to create the sneakiest master plan that will challenge the aliens. So, stay tuned to know what Hero has in store for you.”

Abhishek Sharma, essaying the role of Bantu said, “It is an exciting development in the story with Bantu finding out Veer’s truth. The audiences enjoy the camaraderie between these best friends and the episodes further will have Bantu equally participating with Veer on his mission to find his father and fighting the aliens along the way. It is always fun shooting with Abhishek and with the challenges ahead, the show is bound to get an exciting twist.”

Finally! It’s a wrap for Zee Studios and Baweja Movies’...