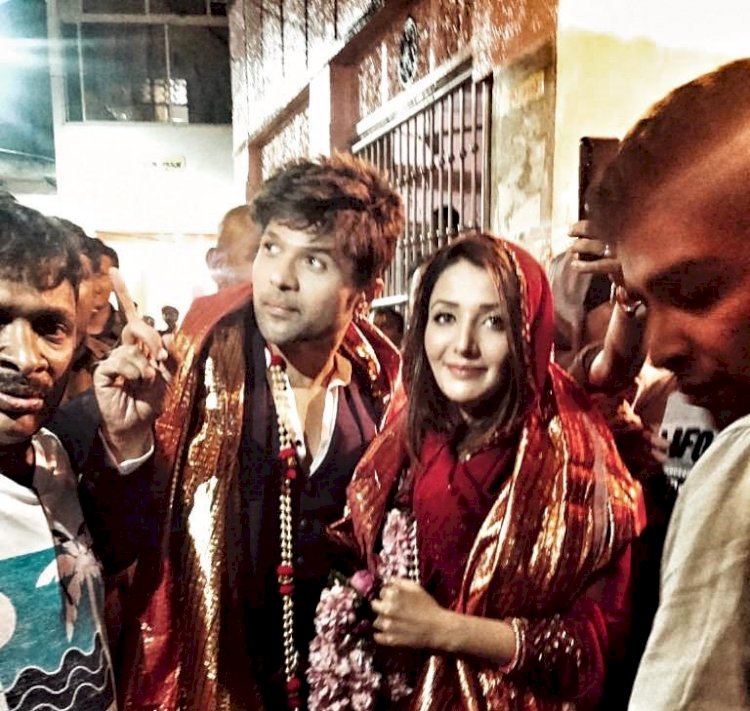 Himesh Reshamiya and Sonia Mann are busy promoting their upcoming film Happy Hardy Heer with passionately all over. The film that blossoms a love story and touches upon the topic of being friend zone would see Himesh Reshamiya playing a double role. The movie has already become talk of the town with its chartbuster music and good looking trailer.
A source revealed , the actors were caught up since the last 20 days touring different cities to being visible on ace reality shows like Indian Idol, Big Boss and Kapil Sharma. But Himesh Sonia Mann took time out to visit  Banke Bihari Temple in Mathura to take blessings for Happy Hardy and Heer being a firm believer in the same.

Music of the film is already a chartbuster and even the trailer of the film has created magic over the audience.

The films slated to release on 31st January 2020 and is produced by Deepshika Deshmukh and Sabita Manakchand and directed by Raka.

Pulkit Samrat’s character in Bejoy Nambiar’s Taish is an...