Documentary evidence has surfaced in the Rs 1200 crore Patiala land scam case showing that the accused misrepresented facts before the court and falsely stated that a controversial order was passed by a former Deputy Commissioner to vacate government offices functioning for the last 80 years on the prime land located in the heart of the city. New Delhi, Oct 4: Documentary evidence has surfaced in the Rs 1200 crore Patiala land scam case showing that the accused misrepresented facts before the court and falsely stated that a controversial order was passed by a former Deputy Commissioner to vacate government offices functioning for the last 80 years on the prime land located in the heart of the city.

The three buyers of the land, who were accused of fraud, had projected their innocence before the trial court, saying that they decided to buy the 6000 sq yards of prime land by investing Rs 6.25 crore after they came to know that the then DC Dipinder Singh had directed the government offices to be vacated from the plot so that the buildings and the land in question could be handed over to Kiraninder Singh.

They claimed that the Deputy Commissioner (DC) had issued the order after getting a legal notice from Kiraninder Singh, who is linked to the erstwhile royal family of Patiala.

However, an official document in the possession of indianarative.com tells an altogether different story. The DC by his March 22, 2011 order rejected the representations of the buyers Davinder Singh Sandhu, N.P. Singh and Yashpal Aggarwal for registration of their sale-purchase deeds.

The 8-page order of the DC Dipinder Singh states: "...the land in 'khasra' number 103 is government property. The vendee (Kiraninder Singh) is not the owner of this land." The order added that the general power of attorney and the special power of attorney given in favour of Ravdeep Singh and Jaswant Singh stand revoked by Kiraninder Singh on February 2, 2011. It means that the sale-purchase deeds now have no legal sanctity and cannot be registered.

The DC's order further states that the property described in the two draft sale-purchase deeds talks about khasra number 104 but tries to take possession of the 'rakba' (area) of khasra number 103 by manipulation which is undisputed property of the government.

When contacted, Dipinder Singh said that the adverse observations made against him by the Sessions Judge were 'uncalled for.' The court conveniently ignored his order dated March 22, 2011, by which he had halted the registration process of sale-purchase deeds. He added that he would seek a legal remedy in a higher court to set the record straight.

"I did not order vacation of offices as was ascribed to me in the court order. I have been unduly defamed in public view," Dipinder Singh said.

Sources disclose that the Financial Commissioner, Revenue, K A P Sinha, "is seized of the lower court order ruling in favour of the accused and the process to file an appeal in the High Court has been initiated. Besides, the cancellation of fraudulent registries will be sought in a civil court after taking legal opinion."

A senior bureaucrat, associated with the developments taking place in the land scam from time to time, said that top political leaders of the Akali Dal and the Congress have also played a crucial role in pushing through the fraudulent deal.

The buyers had even managed to get support of a Congress leader in Delhi to help them go ahead with the acquiring of the prime land, he added. 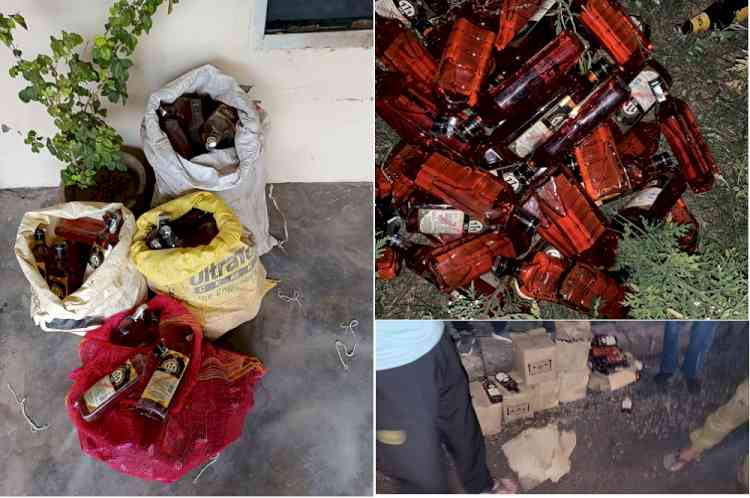 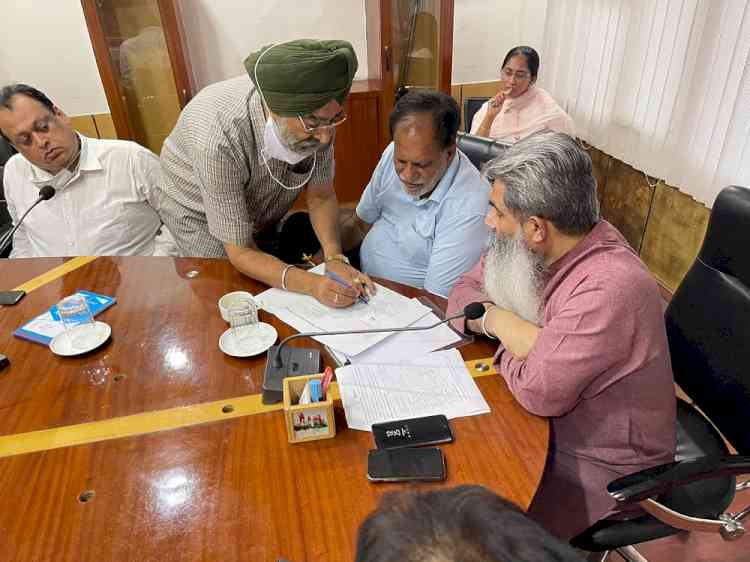 Release of canal water decreases BoD and CoD levels in...