Spoiler alert! Rajesh to be pregnant with triplets 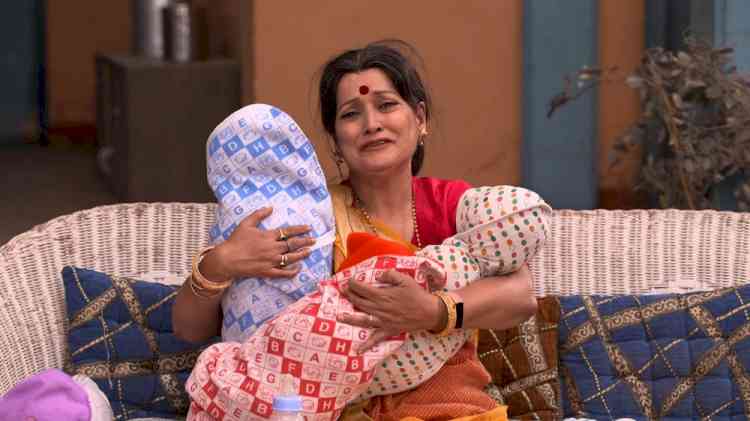 &TV’s gharelu comedy Happu Ki Ultan Paltan brings in good news for viewers as the show completes 500 episodes. India’s favourite Paltan is all set to get bigger with the entry of not one, not two, but three new members! Yes, you heard it right! The family is abuzz with Rajesh (Kamna Pathak) being an expectant mother of triplets! However, there is one person who is disgruntled and beyond shocked. That is Katori Amma (Himani Shivpuri)! It all starts with Happu (Yogesh Tripathi) and Rajesh coming across a doctor’s video talking about Romance as a secret to stay younger. It triggers and ignites Romance between the couple, much to Ammaji’s dismay, fearing the worst nightmare of Rajesh getting pregnant. And her fears come true, and hell breaks loose when Ammaji finds Rajesh exhibiting pregnancy-related symptoms and eventually the lab report confirming it.

Kamna aka Rajesh, shares, “Firstly, congratulations to the Happu Ki Ultan Paltan team for reaching one of the few milestones of completing 500 episodes.” She further adds, “The upcoming track of is so fun that will crack you up! Imagine having nine kids already and expecting three more! What will be your reaction? Shocked or disbelief? Rajesh goes through a similar emotion on discovering that she is pregnant with triplets! Bas yehi soch rahi hai ki javaan rehne ki lalsa kaise pad gayi in dono pe bhaari.” Katori Amma aka Himani Shivpuri adds, “Nau nau thaiya sambhaalna aasan nahi hai. But Ammaji somehow manages to take care of them. She had in the past cautioned Happu and Rajesh that if they think of any more kids, she will leave the house. Aur is baar to ek nahi, do nahi teen-teen bachhe aane wale hai. It will be interesting to see whether Rajesh and Happu will be able to stop Ammaji from leaving?”

B Praak, Jaani and Ranvir come together for T-Series’ new single ‘Patthar Wargi’...

Arjun Kapoor, Rajkumar Rao and Disha Patani to lend their...

Trace musical journey of Palak Mucchal as she chats with...