Says Bhavika Sharma talking about her learnings through Maddam Sir 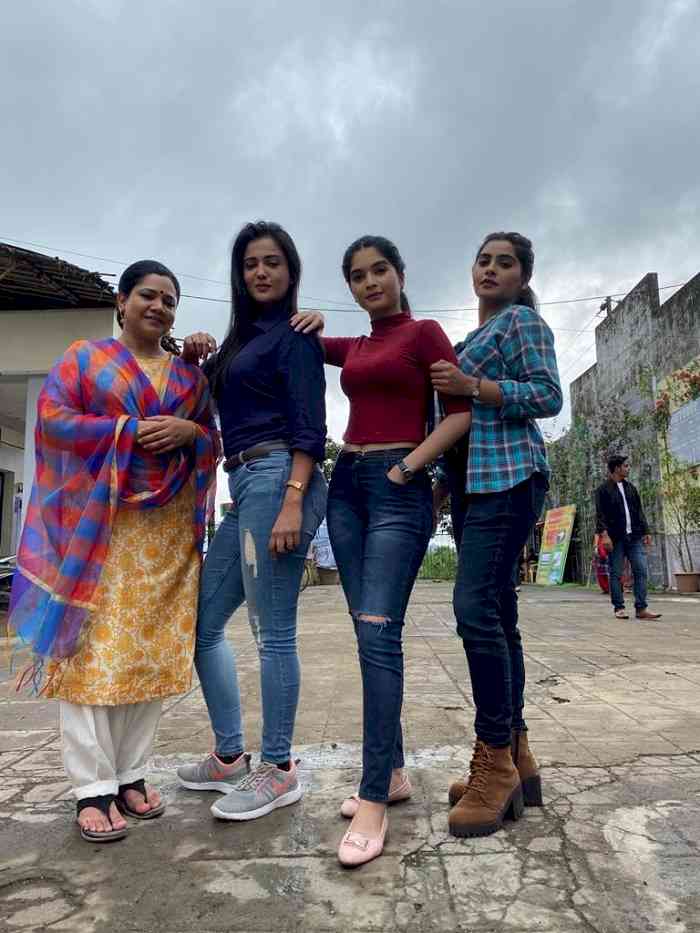 Sony SAB has kept the viewers entertained with its light-hearted values driven show Maddam Sir, which was launched earlier this year. ‘Maddam Sir’, with the tagline of ‘Kuch Baat Hai Kyunki Jazbbaat Hai’, addresses social issues through the eyes of four dynamic women police officers who take every challenge as it comes and solve cases with jazbaat.

The show which is based on the Mahila Police Thana in Lucknow features Gulki Joshi as S.H.O Haseena Mallik, Yukti Kapoor as Sub- Inspector Karishma Singh, Bhavika Sharma as Constable Santosh Sharma and Sonali Naik as head constable Pushpa Singh, in pivotal roles. Bhavika Sharma, who essays the role of sweet yet often confused Santosh, has found a friend, mentor and supporters in her co-stars. The entire cast is often seen having fun on the set. Bhavika Sharma spills the beans on her experience on the show along with her greatest learnings with her co-stars.

Sharing her thoughts about her experience on the show so far, Bhavika said, “Maddam Sir has been a life changing experience for me. It feels like just yesterday that I felt the nervousness and excitement for the show launch. Mostly because I still carry the same love for the show. I feel in love with the concept the day I read the script and over time, we are one big Maddam Sir family now. I am fortunate to have got my soul-sisters as Gulki and Yukti while a mother like figure in Sonali ji. Maddam Sir has been a huge learning, while the topics highlighted in the episodes are eye openers, I have also constantly learnt through my co-stars just like my character in the show.”

Revealing her greatest learnings through her co-stars, Bhavika shared, “Gulki and Yukti are my soul-sisters and best friends. While everyone would often find us giggling or doing some sort of masti on the set. The moment we hear ‘Action’ we are different people. Both Gulki and Yukti have taught me how to be powerful as an artiste. We often discuss our scenes and if I struggle with something they are always there to help me through it. Like my character Santosh views Haseena and Karishma as her role models, for Bhavika, Gulki and Yukti are her biggest supporters and I am learning at every step with them. For all of us our craft and skill hold the utmost importance but at the same time, we never shy away from having fun. On the other hand, Sonali ji is like a mother to me and she takes care of me like one. I couldn’t have asked for a better team. It is rare to find a friend, mentor and family in your co-stars.”

Retail companies should build robust supply chain model which can handle any disruption...

Kriti Kharbanda opens up about battling with Malaria while...

Now sing along with Carvaan Karaoke