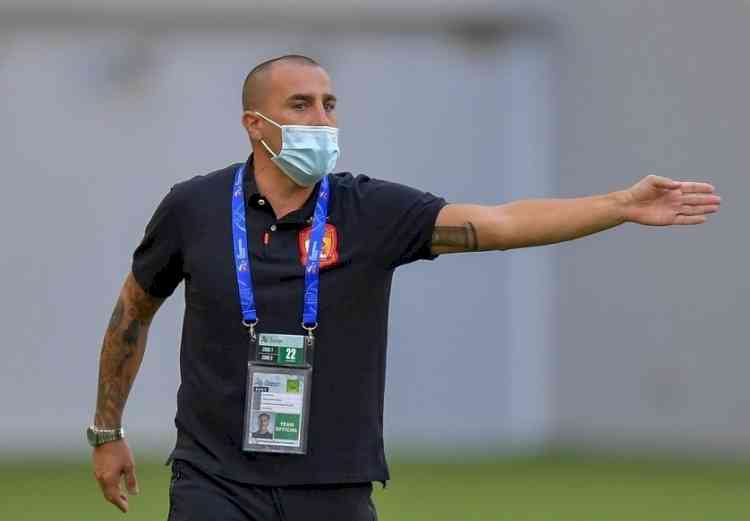 "After a friendly negotiation, the club decided to terminate the contract with Mr. Fabio Cannavaro," the annoucement said. "The club sincerely thanks Mr. Cannavaro for his great efforts and positive contributions to the Guangzhou team, and we wish him all the best in the future," it added.

Cannavaro is a former World Cup winner as a player, captaining Italy to the title in the 2006 edition in Germany.

The 48-year-old Italian began his second spell at the Chinese club in November 2017 and led the team to one title in the Chinese Super League in 2019. He finished his first two-year stint at Evergrande in 2015, reports Xinhua.

A source close to the club told Xinhua that Guangzhou's former capitain Zheng Zhi will take charge of the team after Cannavaro's depature.