The kids were seen very excited 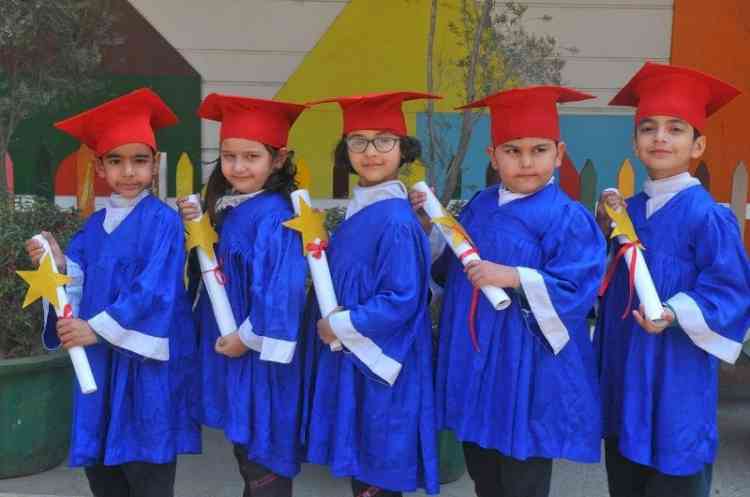 Jalandhar: Graduation ceremony for the kids moving on from kindergarten to class I was conducted at Innokids the pre-primary school of Innocent Hearts – GMT,  Loharan, Cantt.jandiala Road and Royal World International School.
The kids were seen very excited. The li’l ones dressed up in blue convocation gowns with red caps receiving certification on the stage looking great. They were very excited to receive their degrees.
The event had endless amazing moments for the crowd to cheer. This was followed by popping party for the kids. The children thanked their teachers for their love and support through the medium of poems.
The children danced with happiness at the moment. The young ones were going through mixed emotions as they were feeling excited while moving to the higher grade and feeling nostalgic as they were going to leave their teachers of Nursery and KG-I.
On the occasion: certification along with their printed photograph were given to the kids. Incharge INNOKIDS- Mrs.Gurmeet Kaur –GMT, Mrs. Alka Arora-Lohara, Mrs. Nitika Kapoor-Cantt-Jandiala Road and Mrs. Meenakshi Sharma, Principal, Royal World School congratulated the kids for getting promoted to the next grade. Executive Director Schools-Mrs. Shally Bowry wished good luck to the children.