More and more girls are getting into football 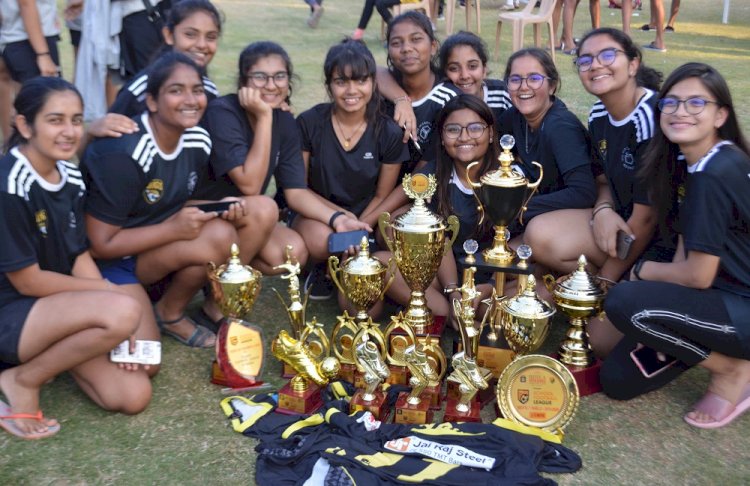 Aga Khan Academy seen celebrating their success at the SFL by showcasing all the medals, trophies they won in the 3 month long 3rd edition of School Football League.

In Under-11 Girls, DRF Kallam Anji Reddy Vidyalaya emerged as Champions; in Boys category, Indus International adjudged as the Champion.

U-18 Boys category, Aga Khan Academy has emerged as the Champions.

In U-18 Boys category, Ayaan Meridia of Aga Khan Academy was selected for Champion Boots; Niall of the same school chosen for Golden Boot for scoring 6 goals and Sreeram of Indus International School was picked up for Golden Glove.

A record number of girls are getting into Football. At the same time, Government School Football players are giving a tough fight to private schools players. This was evident in the just concluded SFL Season 3.

“The city was once the hot-bed for football. 8 players out of the Indian Football team that defeated Australia on December 01, 1956, in the quarterfinals of the Olympics in Melbourne were from Hyderabad. Over the years, the city has produced 14 Olympians and 21 International footballers. The Hyderabad Police Football team was one of the most respected teams by fans and rivals alike. Such was the dominance of Hyderabad on the sport both at national and international football scene.

SFL was born to provide a high-quality competitive tournament experience to young players. The idea is to build and engage communities through Football and reignite the passion for football to put Hyderabad back on the national map. It is also our endeavour to nurture a generation of players and fans who will carry India into FIFA WC 2026, informed Himanshu Charan, Managing Partner of SFL.