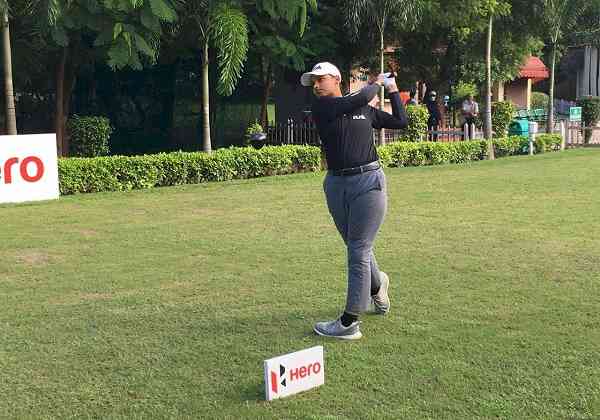 Noida, Sep 16 (IANS) Jahanvi Bakshi did not have the best card of the day but it was good enough to give her a share of the lead with Lakhmehar Pardesi after two rounds in the ninth leg of the Hero Women's Pro Golf Tour here on Thursday.

On a day when rains and heavy ground conditions made scoring difficult once again, Seher Atwal and amateur Sneha Singh carded creditworthy rounds of 2-over 74 each.

Though the scores have been high due to tough and wet conditions, which included a long rain stop this morning, the close tussle will make it a battle of nerves. As many as six players are within two shots and they include the winners of the last two legs of the WPG Tour.

The top 18 pros and five amateurs made the cut which fell at 165. Some well-known names missing out included Suchitra Ramesh, Gauri Karhade, Mehar Atwal and amateur Vidhatri Urs.

The final round on Friday will see Lakhmehar Pardesi and Jahanvi Bakshi go out with Seher Atwal, while one group will be Trimann Saluja, amateur Sneha Singh and Hitaashee Bakshi.

Rajasthan to give Rs 5,000, citation for those rushing injured to hospital

Amateur Avani moves ahead of Amandeep, Pranavi in 11th...