SFT has written “Tibet ki azaadi, Bharat ki suraksha” “Free Tibet Now” and ``Down with China” on the giant poster 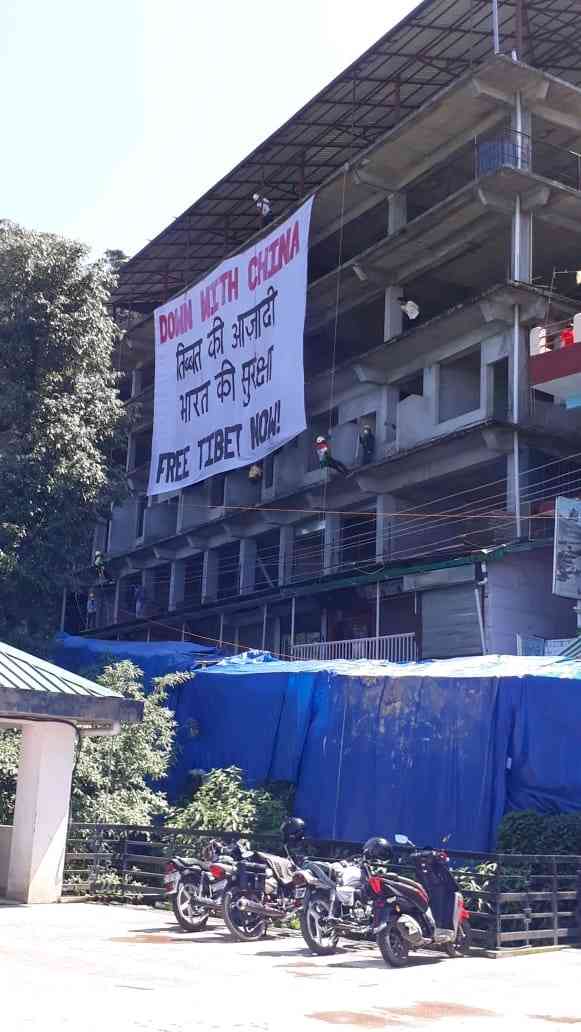 Dharamshala:  On the occasion of The Chinese Communist Party(CCPs) 99th founding anniversary, as a form of protest SFT (Students for a Free Tibet activists), India have  hangs a 50 feet X 30 feet,  giant protest banner on Temple Road building, at McLeodganj in Dharamshala to protest China on the 99th founding day of the Chinese Communist Party today, the 23 July.
On this occasion talking to Media Ms Rigzin Choden , National Director Student for Free Tibet said, “It is really a sad day for people of Tibet, Turkistan, Taiwan, Hong Kong and Southern Mongolia, as CCP have killed lakhs of innocent of these countries to capture the area by force.”
She said that China has become a big threat to India and other neighbouring countries.
“It is the right time for India to recognise Tibet as an independent Country to stop Chinese further activities. We also request India and other friendly countries not to vote for China in the upcoming conference of the Human Rights Council in October 2020”, said Rigzin.
The SFT has written “Tibet ki azaadi, Bharat ki suraksha” “Free Tibet Now” and ``Down with China” on the giant poster which was unfurled today at Dharamshala. 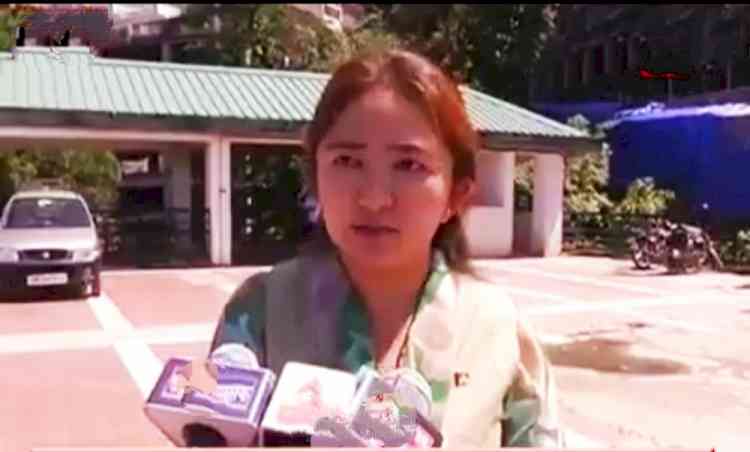 Will Vivaan’s identity as Baalveer get exposed on Sony SAB’s Baalveer Returns?

THE DALAI LAMA ISSUES LATEST MESSAGE AT THIS TIME OF CORONA...

Hindus push for yoga as detention alternative in all Ohio...