A report from the Khelo India Youth Games 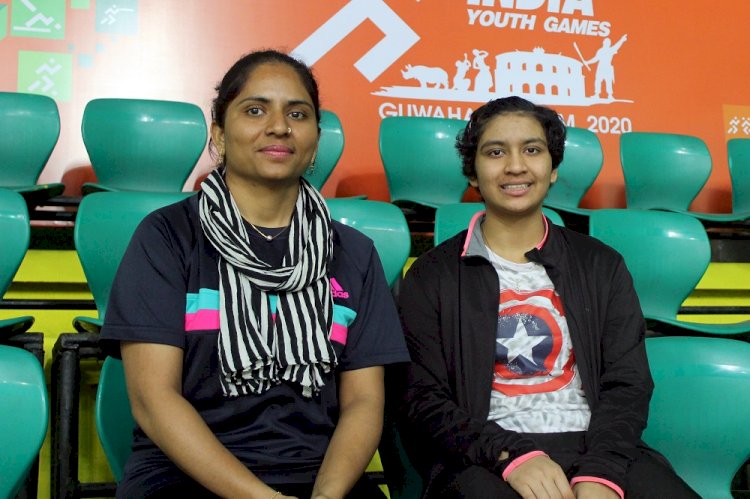 Guwahati: Tasnim Mir will turn out for Gujarat at the Khelo India Youth Games in the U21 Girls singles badminton event, but for all intents and purposes, Guwahati is her home. This, because for the past year now she has been training at the Kanaklata Indoor Stadium under Suranjan Bhobora and Edwin Iriawan.

After capturing the attention of the Indian badminton spectrum with a superb performance in 2016, the 14-year-old from Mehsana was invited to the Gopichand Academy in Hyderabad. After a training stint there she has now shifted to Guwahati and enjoying the success the move has brought.

“It’s great that the Games are happening here. I could say I have home-court advantage, but technically I don’t,” she said, sitting on the sidelines of the opening day of the badminton competition.

Instead of defending her U17 gold, Tasnim has climbed up an age category this year, and will compete with athletes much older to her. The pressure, the gameplay and the psychological challenges don’t faze her though.

Sitting beside her, her mother Asma points a practical advantage the step up in competition will bring. “She could have qualified in U17 but unfortunately because she hasn’t competed at that age group over the past year. She has been playing in the U19,” Asma said. “Nonetheless, the step up in age group means she will go up against faster, stronger players, players with more acumen. All of it obviously help her.”

“Plus, while it's obvious every athlete wants to win a medal at every event they play at, they also have to use events to elevate their game,” Tasnim chipped in. “I don’t mind if I miss a medal this year, if the experience helps me for the next five years.”

The mother-daughter duo has shifted bases several times, all for the sake of her career, while her father and first coach Irfan and the younger brother Mohammed Ali live in Mehsana in Gujarat.

“That is the kind of sacrifices, parents and families have to make,” Asma ruefully smiles. Ali, is 11 and a badminton player training with his father, who is a member of the police force in Mehsana. “He’s so young and his mother is away. She is so young and travelling and playing all the time,” Asma said. “But its alright, because in a way as parents we have neatly divided up responsibilities.”

After the Khelo India Games, Tasnim will conclude a hectic few months with a national selection tournament in Bengaluru, held under the aegis if BAI. If she is selected, then she travels to Denmark and then goes home to watch the Olympics from her TV.

“I haven’t been home for over 3 months now. Not even for a day,” she said. “But not like I miss being there. Anyway what do I do, when I’m there. I sleep.” She laughs.

As far as she is concerned, all her friends are on the badminton court. Till they are across the net.