In a stroke of destiny, Garima figures out a rather shocking solution- they will now run their father’s salon as boys 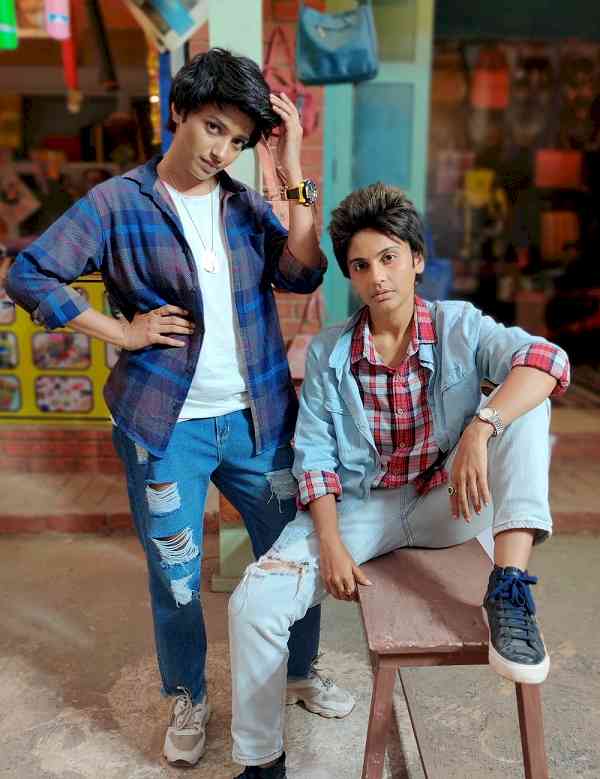 Sony SAB has carried on its commitment of creating path-breaking, light-hearted shows with the launch of Kaatelal & Sons. With the motivating story of two sisters, Garima (Megha Chakraborty) and Susheela (Jiya Shankar) who challenge societal norms and face hardships head-on, the show is about stereotyped gender roles which are deeply rooted in peoples’ mindsets in our society. Kaatelal & Sons aims to spearhead a change by making people believe that 'Sapno ka Koi Gender Nahi Hota'.
With Dharampal (Ashok Lokhande) still under recovery after meeting with an accident and his hand severely injured, the family is worried about money as he will not be able to run his shop, which is their source of income. Determined, Garima and Susheela decide to run the salon on their own in order to pay medical bills and repay the shop’s loan. However, due to the limiting mindset of people around, they realise they will never be allowed to run the shop as girls. In a stroke of destiny, Garima figures out a rather shocking solution- they will now run their father’s salon as boys. After a complete makeover, the girls, disguise as boys named Gunnu and Sattu, enter Haathi Bazaar and open ‘Kaatelal & Sons’.
What challenges lie ahead for Garima and Susheela as they decide to run their father’s shop disguised as boys?
Megha Chakraborty essaying the role of Garima said, “The upcoming episodes of the show will explain the overall mentality that still persists in certain sections of our society. It will be interesting for the viewers to watch how Garima and Susheela try to fight back all of the hindrances they are about to face on their quest to achieve their dreams and make their father proud. I am fascinated by my new look, that of a boy. The transformation is so real, I;m sure my own family won’t be able to recognize me. It is so interesting not to have long hair, to wear loose shirt and pant and perform a role that I have never played before. I hope the viewers like this new avatar. What's more important and interesting is the message that we are trying to portray through this and I strongly believe that our audience will love it."
Jiya Shankar as Susheela expressed her excitement as she said, “The upcoming episodes bring for the audience a series of surprises as Susheela and Garima don a completely new avatar. It was a pleasant surprise to see myself in the mirror the first time I got into the disguise of a boy. My look completely changed with short hair, no makeup and loose costumes. I hope I do justice to my character because a lot of efforts have gone behind conceptualizing and executing our disguised looks.”