Garba Anthem ‘Gujarati Beat’ from Media FilmsCraft is out 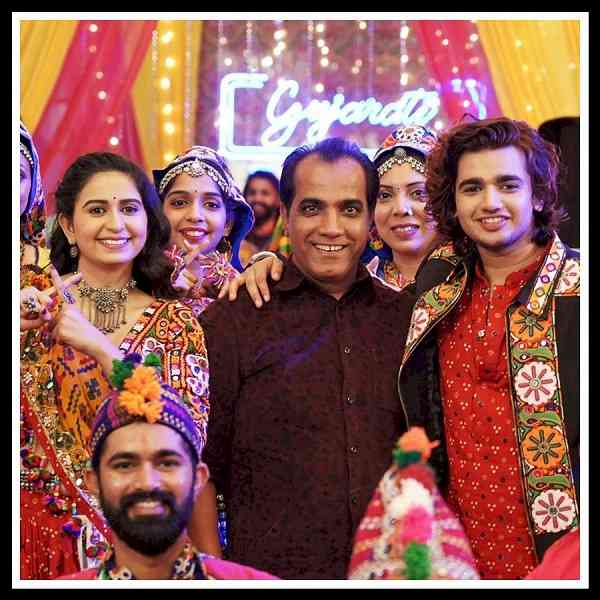 Finally the Garba Anthem titled Gujarati Beats from the house of Media FilmsCraft is out and climbing the popularity chart quickly! The vibrant and festive track is crooned by Kinjal Dave and Parthiv Gohil.
Gujarati Beat is the first festive number from the leading production house; earlier the team has released a patriotic number titled India, which went viral. The Garba Anthem celebrated the culture, rhythm, colors and vibrancy of the state and its festival of dance and singing.
Head honcho of Media FilmsCraft, Navroz Prasla adds direction credits to his resume with the song. “Gujarati Beat is a festive track for Garba festival. It has authentic Gujarati taste; it incorporates the culture and values of the state. It is a perfect gift from two of most favourite Dandiya night stars Kinjal and Parthiv.
Directing it was an experience and that is what the song offers in terms of lyrics, music and video, an amazing experience. I am proud of the team for creating such a good and peppy track” added Navroz.
Singer Kinjal Dave is one of the biggest names when it comes to Navratri Dandiya Nights, the folk artist has received immense love and appreciation for her soothing voice.
Parthiv  Gohil is a well-known singer who has also lent his voice to many hit Bollywood numbers, especially noted for crooning Yun Shabnami from Sawaariya, starring Sonam Kapoor and Ranbir Kapoor.
Gujarati Beat is definitely going to create buzz for all Garba lovers, as the music video features singer Kinjal and Vishal Pandey, their chemistry will surely woo the audience.
Vishal Pandey is an Indian Social media star who rose to fame with his lip-sync videos on Tik-Tok. He is a member of the group 'Teen Tigada' who are popular for their most amazing videos. In addition, to this he has also been a part of many music videos and has a huge fan following amongst the youth.
Gujarati Beat is composed by multi-talented Gaurav Singh and Sandeep Jaiswal.
Apart from expansion plans for web-series and movies, Media pioneer Navroz Prasla has big plans for music industry in India.
“Our web-series found its audience and now we’re concentrating on music industry. It is tough arena as there are number of languages spoken here, so the taste and texture are varied, which is unique as well as challenging. But, I think I believe in my team and vision. Both of our songs, Gujarati Beat and India, exceeded our expectations. We have more in stores, which will be out soon” added Navroz.

MoU between CUH, Mahendergarh and OPA

Yogesh Tripathi who essays the role of Daroga Happu Singh...