Relief provided was worth Rs 2.2 lakhs 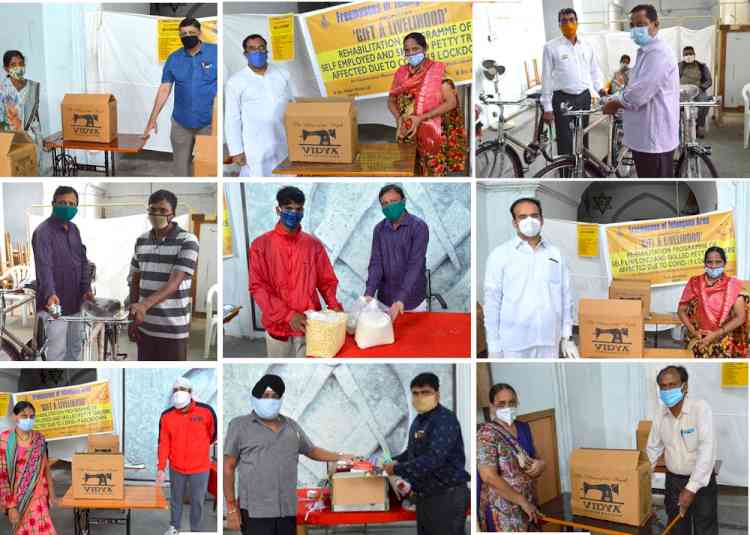 Freemasonry of Telangana provided material help to 19 beneficiaries to re start their business under Gift_A-Livelihood initiative.

Hyderabad: Freemasons of Telangana, on Saturday, on the occasion 74th Independence Day helped 19 deserving people and petty traders to restart their businesses

Some of the beneficiaries include a senior citizen who retired as Teacher is left by his family now wants to take up newspaper and milk distribution in the morning to earn his livelihood. He was given away a bicycle.

Jyothi whose husband is alcoholic has three children. She sought a sewing machine to support her family

Kaithi Manjula who lost job as a teacher wants to take up stitching. She requested for sewing machine.

Kumar who used to run a tea shop near Railway Station wants to restart his tea stall was given away Gas Stove and other utensils.

Narsimha, a physically challenged was provided with material required to restart his Bangles and Fancy store. Mr. Ramaraju, a philanthropist has come forward to provide total material for the shop.

Layeeq wants to restart his stationary shop was given away stationary material.

Nishanth Reddy a 16 years old boy, son of a security guard wants to earn some money for the family  by distributing newspapers, milk requested for a bicycle. A cycle was handed over to his father.

Appala Naidu, Munusamy, Surender, Srinivas were given away with a requisite material to restart their petty businesses.

A philanthropic individual who came forward along with his friends to help Padma, who works as a maid servant but lost job as no one was allowing her to work. Her husband Shekhar is suffering from Cancer. Daughter discontinued education and working in a small store. Their owner was forcing them to vacate their rented place. A sum of Rs 1.2 lakh was raised and given to her. Her daughter’s college fee was paid. Ration was supplied to the family.

Thatavarthi Radhakrishna, an entrepreneur is providing employment to four people.

This was the 3rd round of Gift-A-Livelihood program undertaken by Freemasons of Telangana. 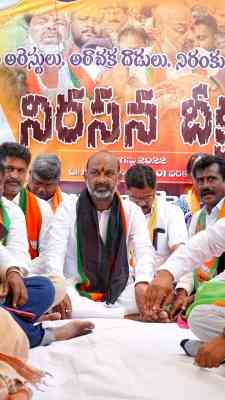 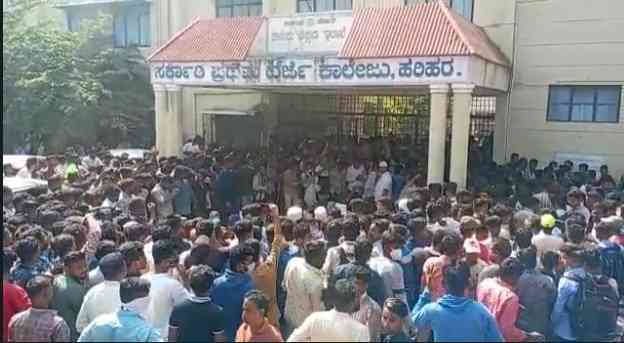 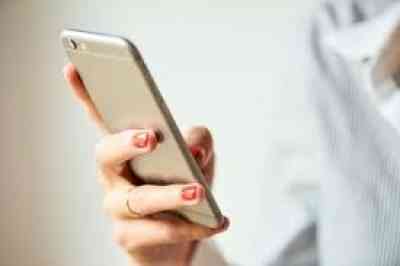 Another Varanasi plaintiff gets threat call