Former diplomat Venu Rajamony to be Kerala representative in Delhi 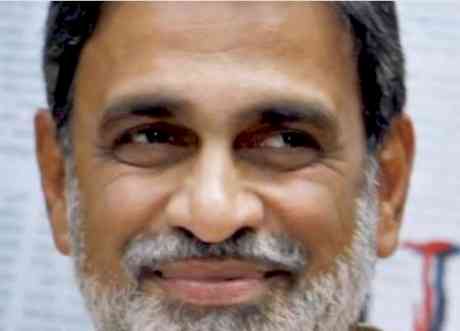 The decision was taken at the weekly cabinet meeting chaired by Chief Minister Pinarayi Vijayan. The post comes with Cabinet Minister status, and Rajamony will have a full-fledged office at Delhi and adequate staff members to assist him.

Rajamony recently retired as the Indian Ambassador to the Netherlands, and had been in the post during Vijayan's visit there.

In Vijayan's first term (2016-21), this post was given to four-time Lok Sabha member A. Sampath, soon after he lost the 2019 Lok Sabha election, and it had created a furore in the state.

Incidentally, ahead of the April 6 Assembly elections, there was speculation in media that Rajamony might be given a Congress ticket, but as the buzz increased, he clearly said that he was not interested.

No leadership structural changes on the anvil: Tata Sons Chairman