Event to be organised by Wildlife Wing of Himachal 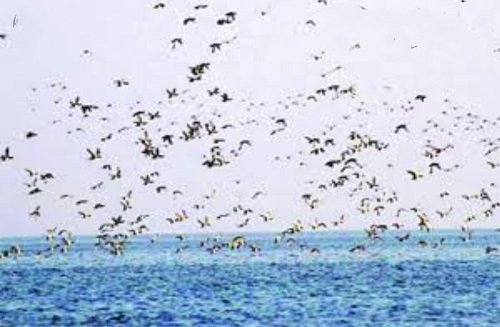 Dharamshala: The First Bird Festival is being organised in Pong Dam reservoir on 1st and 2nd February by Wildlife Wing of the Himachal Pradesh Forest Department at Nagrota Surian in Kangra district of the state. Disclosing this at Dharamshala, Pradeep Thakur, Chief Conservator Wild life said that the Pong Bird Festival, shall be first of its kind to be organised in the Pong Dam Wild Life Sanctuary.

He said that Pong dam Wild life Sanctuary WLS is one of the top attraction of bird lovers and scientists of India and abroad. He added that Maharana Pratap Sagar, also known as Pong Reservoir or Pong Dam Lake was created in 1975, on the Beas River the Kangra district of Himachal Pradesh. The Reservoir is named in the honour of Maharana Pratap,  is a well-known wildlife sanctuary and one of the 27 international wetland sites declared in India by the Ramsar Convention.

The attraction of this Reservoir is its large size and its strategic location in the extreme north-west of the northern plains has attracts lakhs of  migratory birds from the plains of India and Central Asian countries and Siberia in the winter season every year, during heavy snowfall in the Northern Hemisphere. The interception of the migratory birds on their trans-Himalayan fly path, during each migration season, has enriched the biodiversity values of the reservoir. The reservoir was declared as a bird sanctuary in 1983. A 5-kilometre (3.1 mi) belt from the periphery of the lake has been declared as buffer zone for the management of the bird sanctuary.

Thakur said, “This year so far more than one lakh migratory birds have arrived here as per the figures of 1st January 2020 rough count.”

More than 220 bird species of 54 families have been recorded.

Curtain goes up on National School of Drama’s 21st Bharat...