Fire breaks out in shoe factory in Delhi

A major fire broke out at a shoe manufacturing factory in the Narela industrial area of the national capital on Friday afternoon, a fire department official said 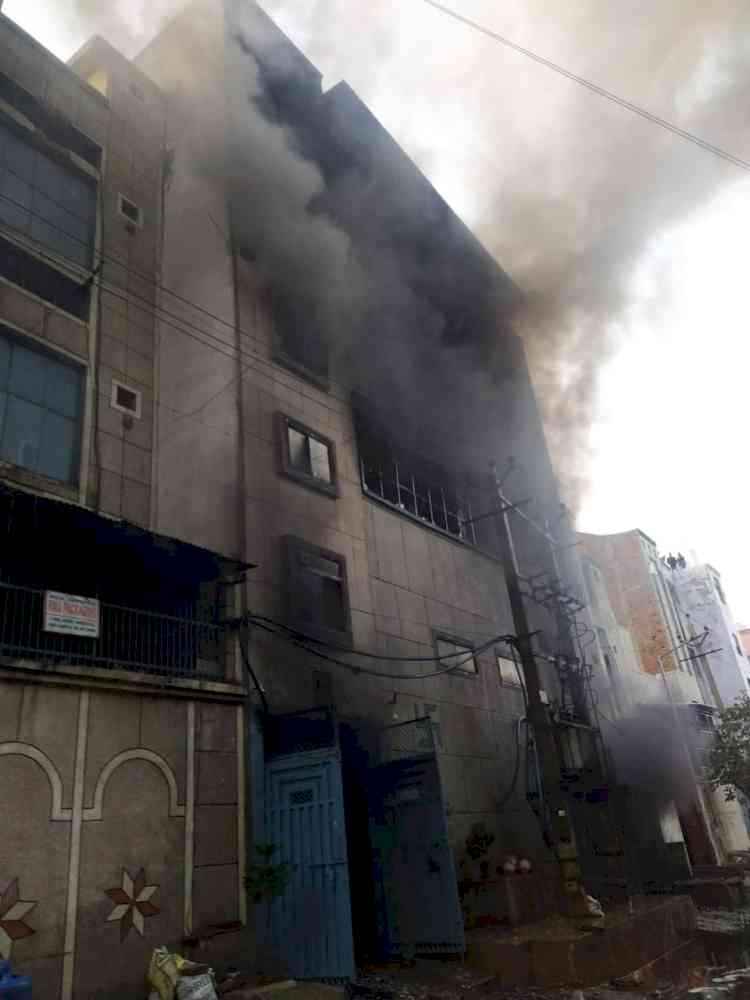 New Delhi, Dec 17 (IANS) A major fire broke out at a shoe manufacturing factory in the Narela industrial area of the national capital on Friday afternoon, a fire department official said.

The official informed that they received a call about the fire incident at around 2.27 p.m. at a factory in the Narela Industrial area after which as many as 15 fire tenders were pressed into service.

As the firemen reached the spot, 15 more fire tenders were called as the fire was major. Thick fumes of smoke along with massive flames could be seen billowing out from the top floor of the three-storey building having an area of 500 square yards. "All the floors (Ground + 2) had caught the fire," the official said.

The official said that no casualties or injuries have been reported in the incident, though there was certainly a massive loss of property. The cause of the fire is yet to be ascertained.

The inferno is yet to be brought under control till the last reports came in.

Ambulances and a police team have also reached the spot.