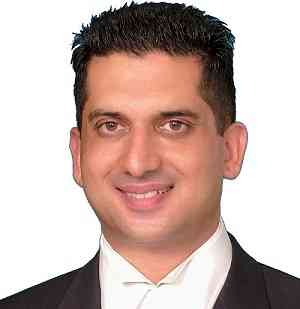 The public rage and revulsion that had followed the Nirbhaya gangrape of December 2012 was unprecedented. It changed India’s rape laws and the accused adults were sentenced to death penalty by trial Courts. Today with the four convicts who committed the ruthless act of gang rape of 23 year old physiotherapist, #Nirbhaya being hanged to death on 20th March 2020 in Tihar Jail in New Delhi is what they virtually deserved.  It will definitely take more for Indian women to be truly fearless, with Justice being prevailed and this stringent death punishment will also set a precedent towards safety and dignity of women in our nation and for other such cases in which modesty of women is being raged and above all should be a healing touch for the victim’s family members who had been knocking the doors of law for past seven years to get the culprits punished for their inhuman act to their beloved daughter.

This  punishment of death penalty to these four accused will atleast send bold signal for other unscrupulous elements who commit such ruthless acts i.e. rape, at least in future having fear of capital punishment making them think several times before committing such serious crime of ‘Rape’. This stringent punishment with four accused behind this most in human act @nirbhayagsngrape2012 being hanged to death, will also enhance the dignity of our legal system in the eyes of commons and further ensure dignity and safety of women !

ALTBalaji and ZEE5ZEE5 launch trailer of laugh riot ‘Who’s Your DaddyWho’s Your...

LOCK DOWN A BLISS OR VICE: PROF PB SHARMA

MENTAL HEALTH MUST BE MADE A PRIORITY DURING QUARANTINE