Bhogal is Chairman of Bhogal Group 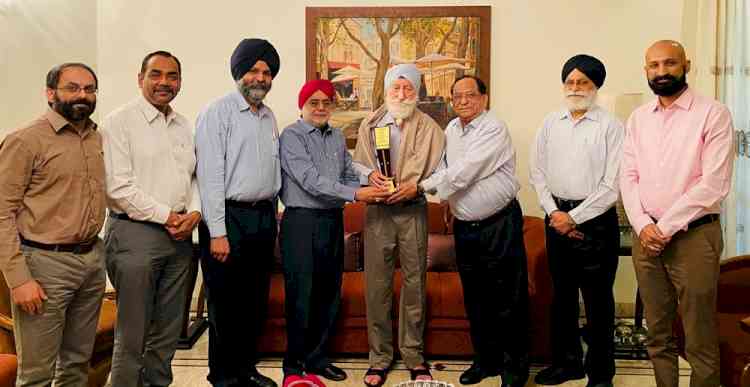 Born on 4th June 1930; graduated from Arya College, Ludhiana, D.S. Bhogal, after serving the Indian Air Force and joined business with his father and brothers in 1957; He has travelled very widely 1960 onward and worked for innovation and upgradation of quality of bicycle parts. Bhogal has also served the NPC (National Productivity Council) and ISI (Indian Standard Institution) now known as BIS. He has also worked with many German and Japanese organization. He was also a national level sportsman.
S.S. Bhogal, Rohan Bhogal and Randeep Bhogal were also present.

Punjab minister of industry and commerce holds meeting with industry