FICO demands waiver off fixed charged till March 31, 2021 from PSERC 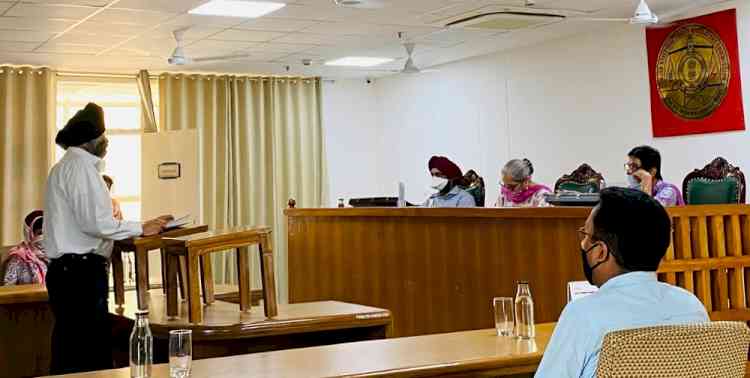 Ludhiana: Federation of Industrial & Commercial Organization Popularly known as FICO, today attended the hearing of Punjab State Electricity Regulatory Commission. Gurmeet Singh Kular President along with Rajeev Jain General Secretary FICO attended the session of hearing & strongly resented the fixed charges. FICO demanded to completely withdraw fixed charges for 12 months as industry is working with 30% labour and is unable to pay fixed charges. Also requested the commission to appoint one more licensee to supply power so that industry can have cheap power in competitive scenario. FICO submitted the under noted industrial demands
Fixed Charges: PSPCL takes U-turn on waiver of fixed charges for 2 months. The Punjab State Power Corporation Limited (PSPCL) latest decision that fixed charges will be levied on the industry, though they can provide these in installments. This decision will further increase the problems of the industry already struggling for revival. How can the industry pay the fixed charges when the factories were locked? We had not locked our industries on our own. It was the government’s decision. It is requested to completely waive off the fixed charges for the period of lockdown. Rather it is requested to waive off the fixed charges till 31 March 2021.
Addition of New Licensee for Power Supply in Punjab: Today, the industry in Punjab faces the one of the highest tariffs of power in the country. Compared to our neighbouring state of Himachal Pradesh, we are ~ 30% more expensive. PSPCL has also been a culprit of extremely poor service to the industry. Poor maintenance, erratic supply and high handedness of officials is now a hallmark of PSPCL over the last decade. The above issues have led to a complete breakdown in trust of the industry towards PSPCL and I believe the time has come for PSERC to consider a new licensee for distribution of power in the state. I believe the major inefficiencies exist in PSPCL as it has failed to modernize itself or improve the infrastructure with times. These costs are now being passed down to the consumer through high tariffs, even though Punjab claims to be a power surplus state. Addition of a licensee would bring in much needed competition and encourage PSPCL to improve its functioning while providing much needed relief to the industry.
Night Tariff: The Night Tariff should be introduced @ Rs.2.50/- per Unit to the industry, as Punjab is surplus state in terms of Power & due to COVID-19, there is not any high demands of electricity, especially at night time, so the benefit of surplus power should be provided to the industry in this hour of crisis, with the marginally lower rate of power at night as power is a raw material to the industry, It is notable that the huge amount of power is being wasted due to non-consumption at the night time as electricity cannot be stored, it can only be utilized so the industry should be facilitated.
Abolish of Cross Subsidy Clause: There is a clause which allows the industrial users buy & utilize the electricity from an open access, but for that also the industrial user needs to pay the cross subsidy of Rs.3.50/- per unit to PSPCL, which eventually raises the cost of open access electricity available at much lower prices. So it is requested to abolish the cross subsidy clause.
Amongst present were Jaswinder Singh Thukral President Janta Nagar Small Scale Manufacturers Association K.K. Garg President Ludhiana Induction Furnace Association and N. K. Gupta From Chamber of Industrial & Commercial Organization.

An eBook on poetry released by Social Substance and Arta Studio